Cellucor P6 claims to boost men’s testosterone levels in a “safe and effective way.” It contains several promising ingredients, like ashwagandha and mucuna pruriens. With that being said, we came up short when we tried to find substantial evidence on their effects on things like appetite suppression and increasing metabolic rate.

Even though some of Cellucor P6’s ingredients could help you shed some pounds, our crew has its doubts about this supplement. In the end, we delved deeper into this “erogenic testosterone booster” and summarized all the essential facts on its ingredients to give you the bottom line.

Cellucor P6 can be purchased through their Official Site.

What is Cellucor P6?

As of February 2021: The new Cellucor P6 ingredient label shows the ingredients as:

Cellucor P6 comes in an original formula and several skews, including Cellucor P6 Extreme, Cellucor P6 PM, and Cellucor P6 Chrome. The differences between these respective formulas will be discussed below.

There are no reports of when Cellucor P6 hit the shelves, but the parent company, Nutrabolt, began operations in 2002. The official website, local supplement stores, and third-party retailers sell the product. We like that we found some favorable customer comments and that it contains a few natural ingredients, but read on…

The Company Behind Cellucor P6

Cellucor is a sports nutrition brand from the nutritional life sciences company Nutrabolt, headquartered in Bryan, Texas. Nutrabolt was founded in 2002 and has recently been consecutively named to the prestigious INC 500 | 5000 list in 2011-2013 as one of the fastest-growing private companies in the United States.

On April 4, 2017, Nutrabolt acquired Scivation, one of their principal competitors. Scivation is mainly known for a BCAA blend called Xtend. An acquisition of this size speaks to Nutrabolt’s financial health within the marketplace.

Cellucor’s customer service department can be reached by phone at 866-927-9686, on Twitter @cellucor, and by e-mail at support@cellucor.com.

The ingredients in the Cellucor P6 formulas vary between blends. Below is the label for the current Cellucor P6 blend, now called Cellucor P6 Original:

With such a diverse ingredient list, it can become difficult for a user to determine which ingredients are effective and safe. Below is an overview of some of the key ingredients found in the various Cellucor P6 blends.

Alpha GPC is intended to improve cognition, according to the journal Pharmacology, Biochemistry, & Behavior.

Ashwagandha is a natural extract and has been consistently proven in clinical studies to lower cortisol (stress) levels. In lowering cortisol levels, Ashwagandha has been shown to have a positive effect on testosterone levels. 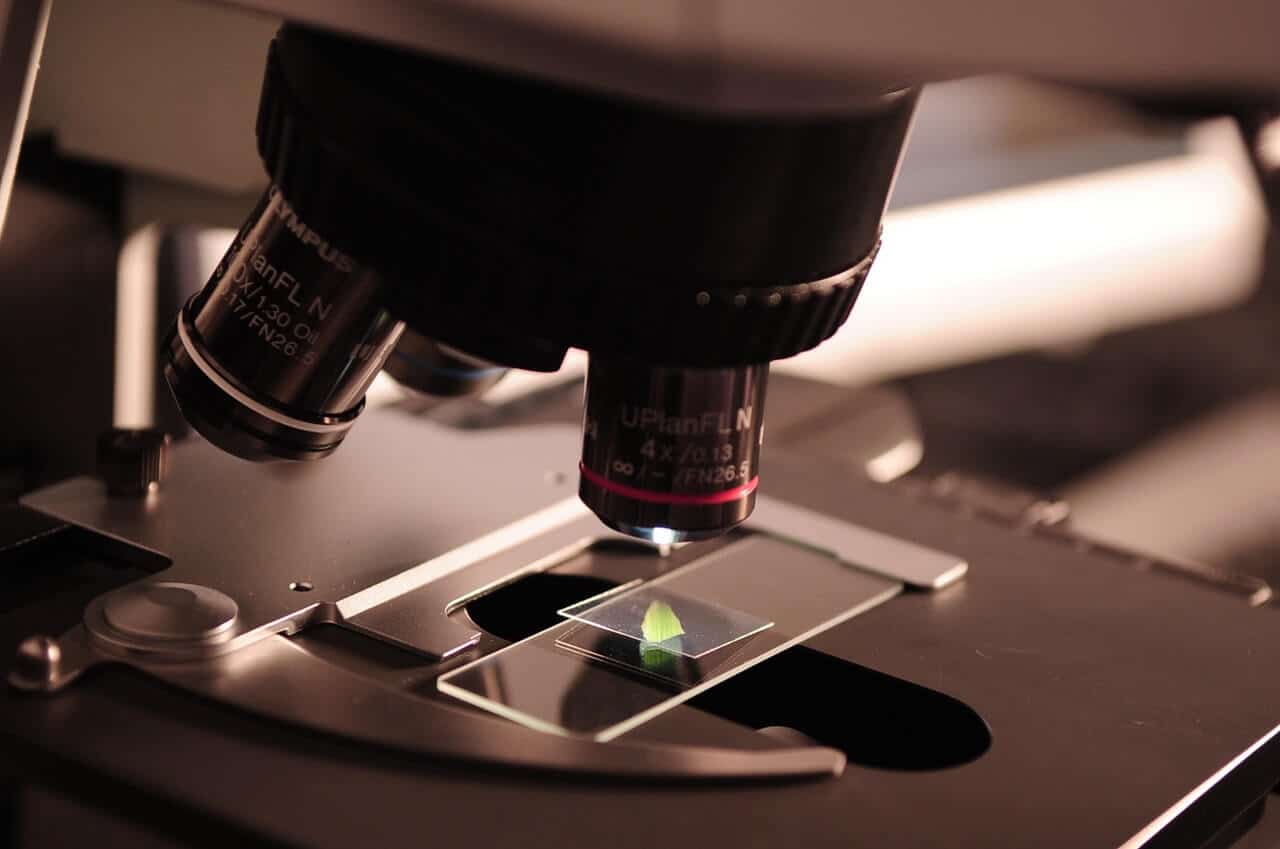 Vitamin D3 is not just beneficial, but essential to health, overall well-being, and exercise performance. The science backs this idea.

The clinical benefits of supplementing with Vitamin D3, and thus preventing Vitamin D deficiency, are overwhelming. Vitamin D3 was shown to have a positive impact, according to research in the Journal of Pharmacology & Pharmacotherapeutics.

Fenugreek extract has decidedly mixed results as a testosterone booster. While it has been shown to be effective in helping improve body composition – it is also known to stimulate the product of prolactin, which is an antagonist of testosterone, reports the JISSN.

Mucuna Pruriens, also known as Mucuna, is another adaptogen and natural stress reliever. It has been shown in multiple scientific studies to increase testosterone levels by lowering cortisol levels.

According to the journal Evidence-Based Complementary and Alternative Medicine, mucuna served as a powerful antioxidant, improving semen quality and improving self-reported stress in men.

Tribulus terrestris is an herbal supplement that is frequently used as both an aphrodisiac and a testosterone booster. But the science behind Tribulus is conflicting.

According to the Journal of Strength Conditioning and Resistance, tribulus did not produce the large gains in strength or lean muscle mass that many manufacturers claim can be experienced within 5-28 days. Furthermore, Tribulus did not alter the urinary Testosterone/Estrogen ratio.

Seek advice from your physician before trying a testosterone booster, or supplement of any kind, to ensure your safety.

Where to Buy Cellucor P6

Cellucor P6 is available on the official Cellucor website.

Cellucor P6 is also available in supplement shops such as GNC and online retailers such as bodybuilding.com, Amazon.com, jet.com, and supplementwarehouse.com.

What Does Cellucor P6 Cost?

On the official Cellucor website, P6 Original costs $89.99 for 120 capsules. Cellucor P6 with 180 capsules costs $124.99. Discounts are available to customers who sign up for a subscription.

Cellucor offers a 100% Satisfaction Guarantee on their products. This is not quite the same thing as a money-back guarantee (MBG).

What are the Cellucor P6 Alternatives?

Other testosterone boosters similar to Cellucor P6, along with their respective suggested retail prices, include:

According to the packaging:

“It really good I see a lot of changes fast.”

“Expensive placebo – Didn’t feel any different went thru two bottles. Went to the doctor to get labs done and said I had the average testosterone I’ve already had in the past. Didn’t give it one star because it didn’t make me feel sick ir weird which I appreciate.”

“It works pretty good. Gave me more energy and gains a lot quicker than without it. I definitely get out of bed easier and feel well rested. Helped with blood flow to my legs since i usually have leg pain and aches in the morning and at night and now I hardly have any pain. I would definitely recommend this to anyone but i guess results may vary from person to person. I’m just sharing my personal experience with this product. Ive only been using it for maybe 2 weeks and already see some improvements.”

The Bottom Line on Cellucor P6

Can Cellucor P6 boost testosterone levels? Based on the profile, there’s a chance. We also like that there’s research backing the claims, and there’s positive feedback from customers. While there are some reviews that state users didn’t see results, this isn’t the case for everyone.

If you want to improve vitality, boost testosterone levels, and increase muscle strength, we suggest going with a diet program that can help you keep track of your eating habits, goals, and even weight loss.

Among the best programs we’ve seen this year is one called Noom. This program allows you to start making healthier choices and meet your personal goals with human coaching, personalized meal plans, extensive food tracking, interactive support groups, and more.

Noom is so excited about their program that they’re offering every Dietspotlight reader a free trial offer, which is unheard of.

clear
Q:
What are the ingredients in Cellucor P6?
A:

Q:
What are the side effects of Cellucor P6?
A:

Possibly however unlikely side effects of Cellucor P6 include: increased acne, trouble sleeping, and kidney damage.

You can purchase Cellucor P6 online from the official Cellucor website or in store at GNC.

Cellucor P6 can be purchased using their Official Site.

You should take two capsules in the morning (with or without a meal) and two in the evening (without a meal or before bed) for best results.

Q:
How do I contact Cellucor P6 customer service?
A:

To find the Cellucor customer service number, look on the official Cellucor website.

Yes, you can return Cellucor P6. Both GNC and the Cellucor company offer a money back guarantee.

Q:
What are the most common complaints about Cellucor P6?
A:

The most common complaint about Cellucor P6 is that the price is too high.