Ninja Melk is a new energy drink in a sea of products hitting the market all at once. This new formula is competing with Coke, Reign, Bang, and other huge names in the category. So, what makes Ninja Melk unique?

That’s what our researchers wanted to find out, so they dug through the ingredients, possible side effects, customer service details, and more. They uncovered everything they could find about what the brand claims versus what science says to be true. Let’s check out the bottom line.

Ninja Melk can be purchased through their Official Site.

What is Ninja Melk?

Ninja Melk is a fun twist on classic energy drinks. It contains organic skim milk, cream, sugar, and caffeine. Ninja Melk energy drinks can be enjoyed alone or mixed with alcohol for a boozy treat.

Before we dig deeper into Ninja Melk, let’s take a quick look at what some research into the product’s ingredients and claims has to say.

Is Ninja Melk in Stores?

You won’t find the drink in Walmart or any other brick and mortar retailers. The product is only available on Amazon and from the official website.

Ninja Melk was founded by Ryan Higa. Higa is a Japanese American comedian, producer, actor, and YouTube personality who grew up in Hilo, Hawaii.

Ninja Melk was co-founded by Kathleen Hahn, a Wharton School of Business graduate who believes that entrepreneurialism and education are the building blocks of the American dream. Kathleen met Ryan while working at YouTube, and the duo teamed up with Kyle Schroeder to create the product.

Kyle Schroeder is a Wharton School of Business graduate turned fashion model who used the connections he made in the modeling industry to launch Cremo, a men’s grooming, shaving, and haircare company.

Ninja Melk customer service can be reached via email using either the contact page or a direct email address. There is no mailing address or phone number for the company at this time. 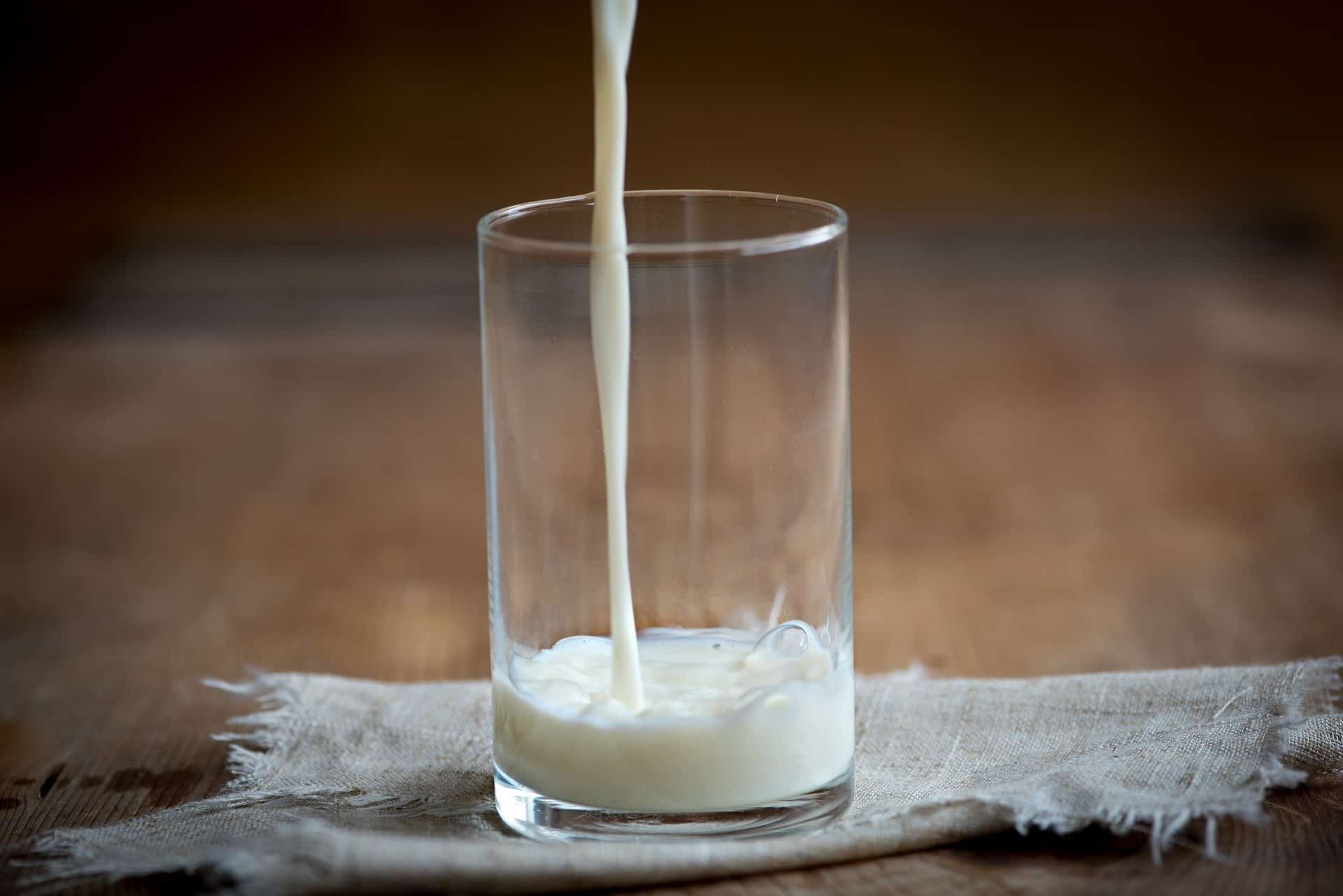 Ninja Melk promises to provide a premium energy drink made from organic ingredients.

Clearly, based on the history behind the drink, an energy drink that’s supposed to help keep you focused and primed for whatever life throws at you – or whatever long YouTube filming night you have ahead.

What makes up one serving of Ninja Melk?

Ninja Melk energy drinks contain 80 mg of caffeine. That’s about the same amount of caffeine as a cup of coffee. Caffeine is a natural stimulant that gives coffee and tea their invigorating properties.

Caffeine connects to the brain’s adenosine receptors to block the production of adenosine. This leads to reduced fatigue, per the Journal of Neurochemistry.

One review from Brain Research demonstrates that caffeine benefits brain function by increasing the production of dopamine and norepinephrine. This effect may improve mental clarity and mood.

Stevia is a natural sweetener often used in low-carb foods and beverages. One study reviewed in Appetite found that Stevia may help control blood sugar levels when used as a sugar substitute.

Ninja Melk contains a low dose of caffeine that may provide a mild energy boost. In fact, a clinical trial reviewed in Psychopharmacology (Berlin) studied the cognitive effects of caffeine consumption in low doses.

The study found that drinking a second cup of coffee did not increase the beneficial effects of caffeine. Ninja Melk may be all you need to increase your energy levels, and taking lower doses of caffeine reduces the risk of side effects.

One concern our researchers have is that Ninja Melk encourages users to mix the drink with alcohol. The official website even provides cocktail recipes. The recipes sound delicious, but are they dangerous?

The CDC warns against mixing alcohol and energy drinks. They also note that caffeine does not affect the rate at which the liver metabolizes alcohol. Contrary to popular belief, drinking caffeine will not help you “sober up.”

A randomized controlled study from Obesity (Silver Spring) estimates that ingesting 300 mg of caffeine a day will help you burn an extra 17 calories.

Caffeine can also help you work out longer and harder, according to some research. A trial published in PLoS One concluded that a moderate dose of caffeine could improve physical endurance by 5%.

Ninja Melk’s Light Yogurt Orangesicle drink has 25 calories and less than one gram of carbohydrates, so it is perfect for anyone following a low-carb or low-calorie diet. We would love to see the company sell a vegan energy drink for people who are following a plant-based diet.

Ninja Melk reviews don’t mention side effects, but the product contains caffeine, so there is always a risk of an adverse reaction.

According to a review from Frontiers in Psychiatry, the side effects of caffeine consumption include:

How to Use Ninja Melk

You can enjoy this milk drink whenever you’re thirsty for a dairy beverage or need an extra dose of caffeine. Ninja Melk is best when served chilled or over ice. People who are lactose intolerant or sensitive to caffeine should not drink this product.

You can’t buy Ninja Melk in Walmart or in any other stores, so where is the drink sold?

On these sites, prices prange from $20-25. There are no Ninja Melk discount codes available at this time, but you can save 25% on your order by signing up for a Ninja Melk subscription. The company will ship your order as often as you want, and you can cancel your subscription at any time.

At the end of all this research, what were the main takeaways from our deep dive into Ninja Melk?

“So worth it. I’ve been a big supporter of Ryan Higa’s youtube career and I’ve always wanted to try his brand of energy drinks since I love Japanese Calpico. Tastes almost like Calpico and really is like a cup of coffee in terms of caffeine. For my Hawaii people looking to get this: its pretty cherreh! Shoots!”

“I really like the first edition of ninja milk so I thought I would try the second. This one is…strange, it’s like watered down vanilla, it needs more sugar or something. I can barely taste the orange in it. The best comparison I can make is when coke dropped those orange cream drinks or whatever. Tastes like that.” 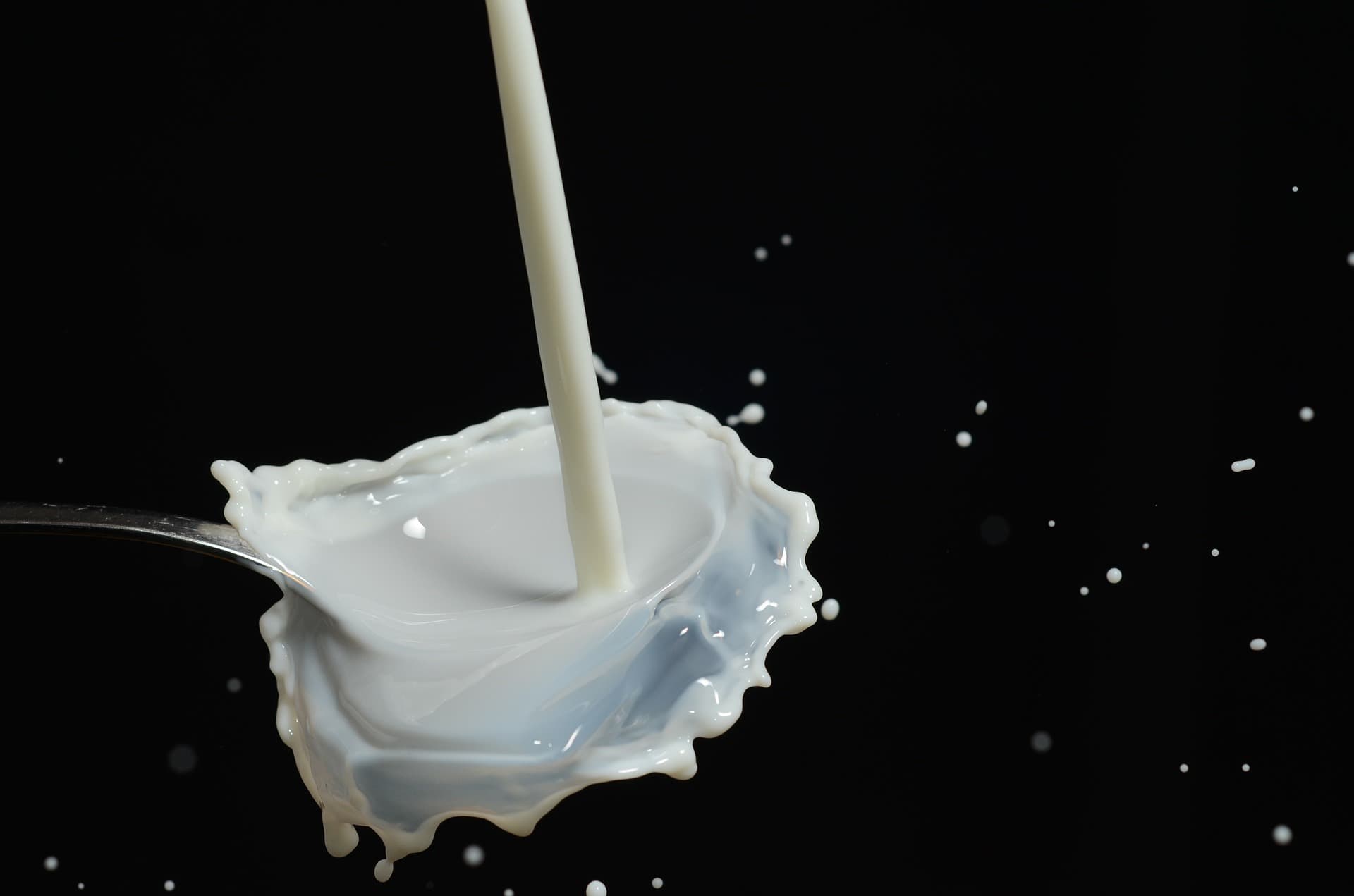 There’s not much to Ninja Melk other than milk, sweetener, and caffeine. For the sake of an energy drink, you’d probably get just as much from a cup of coffee or two as you would from this specialty product that costs much more. As for weight loss, we’re not sold on the idea that energy drinks are the ideal choice as they bump energy for a short time, but don’t provide long-term support.

When it comes to losing weight once and for all, we’re all for making lifestyle changes that stick with you.

Among the best in weight-loss programs is one called Noom. With Noom, each user is connected with a personal coach and a group coach for consistent support and feedback. Daily lessons and quizzes help teach how to improve your food and lifestyle choices to lose weight naturally and for life.

Plus, for a limited time, all Dietspotlight readers can access an exclusive free trial offer of Noom. 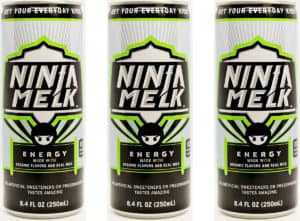 clear
Q:
What is in Ninja Melk?
A:

Q:
What nutrition does Ninja Melk provide?
A:

Q:
Are there any side effects?
A:

There may be side effects associated with caffeine, such as: