Strike Force Energy – the powder that claims it can turn any beverage into an energy drink. What kind of benefits can you expect from this supplement? Are there any side effects to worry about? Keep reading to find out the bottom line on this energy powder.

Strike Force Energy can be purchased through their Official Site.

What is Strike Force Energy?

Strike Force Energy is a concentrated liquid energy drink. It is also sugar-free and calorie-free while providing taurine, caffeine, and potassium.

Strike Force Energy packets are meant to add a boost to any beverage of your choice – making anything into an energy drink. What can adding these components to a drink do, though? 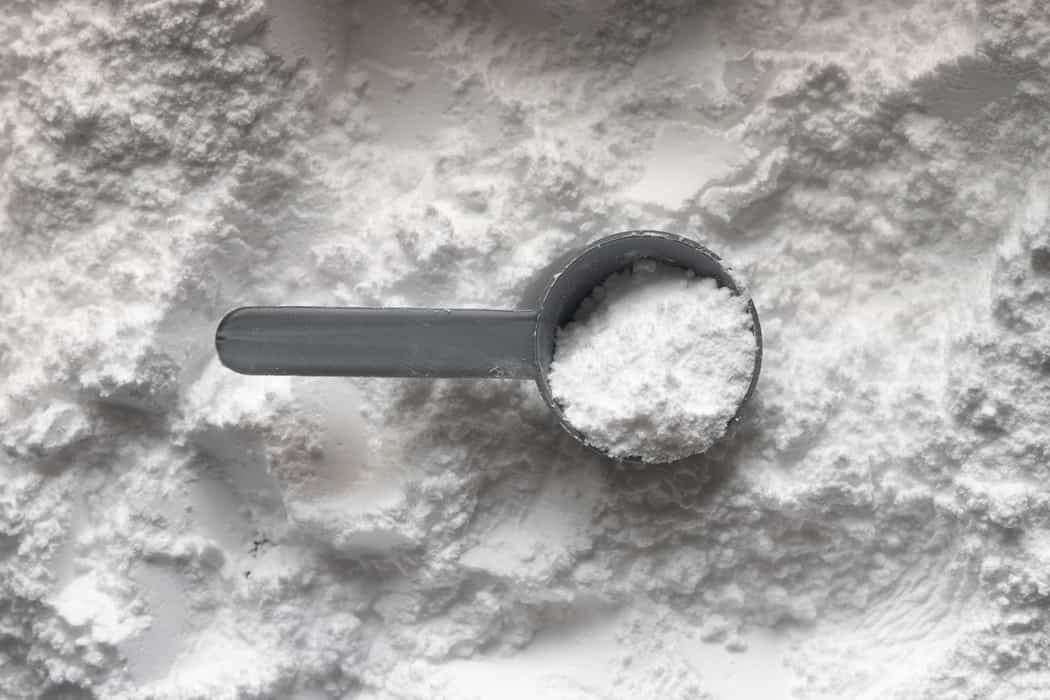 Strike Force Energy drink mix makes a lot of different claims, primarily concerning energy. They also claim that with their supplement, you can make any beverage into a “16.9-ounce energy drink.”

The mixture also claims that the powder requires no stirring or shaking for a smooth mixture. Strike Force Energy claims it doesn’t leave any crystals settling at the bottom of the container, online other powdered supplement brands.

Although some of the flavors of the powder may have slightly different ingredients, they all generally have the same compounds:

One serving, or half a packet of the powder, contains 80 mg of caffeine, meaning a full pack contains 160 mg of caffeine. For reference, the maximum amount of caffeine an individual should consume in a day is 400 mg, according to Caffeine for the Sustainment of Mental Task Performance.

Caffeine is the main ingredient in Strike Force Energy. Although it is commonly consumed through coffee and soda, it is also a popular addition to many supplements and products.

Many of its claimed benefits include increased energy, decreased fatigue, and improved mood.

According to the National Center for Biotechnology Information, malic acid is an organic compound that can be found in most fluids in the body. It is commonly found in foods as a preservative.

According to the Journal of Medicinal Food, citric acid is a weak organic acid and can be found in many citric fruits.

Research from that same study found that this acid could decrease inflammation.

Vitamin B3, also known as niacin, has been shown to decrease oxidative stress, which can improve general health greatly, according to the International Journal of Molecular Sciences.

Vitamin B6 is essential to cell health. According to Cells, “It is a critical co-factor for a diverse range of biochemical reactions that regulate basic cellular metabolism, which impacts overall physiology.”

It is commonly used in energy supplements for its believed effect on metabolic energy.

Vitamin B12 is a common ingredient in many products for its claimed effects on fatigue and energy.

Research published in Nutrients found that the vitamin had a beneficial effect on mood and fatigue.

Strike Force Energy does not claim to cause weight loss. Instead, it says it can provide a healthy boost of energy.

There has been some research into the ingredient caffeine and its effects on weight, though. Per research published in the European Journal of Clinical Nutrition, caffeine may support weight loss, but more research is needed.

Another study published in the Iranian Journal of Pharmaceutical Research found that caffeine could prevent weight regain.

From what we could tell, there weren’t reports of negative side effects with Strike Force Energy. However, some of the ingredients may cause side effects.

Caffeine may cause some negative side effects when too much of the substance is consumed. The maximum amount of caffeine an individual should consume in a day is 400 mg, so it is important to limit consuming other forms of caffeine.

When too much niacin is consumed, flushing can sometimes occur, according to the International Journal of Clinical Practice.

How to Use Strike Force Energy

To make the Strike Force Energy drink, mix one packet of the powder with one ½ liter water bottle, or 16 ounces of any liquid. Apparently, no stirring, mixing, or shaking is required for the powder to be completely mixed.

Strike Force Energy is available on the official website and Amazon.

Strike Force has an affiliate program as well, which means there may be discounts available.

On the official website, apparel and gear are also available.

Now that we’ve gone through Strike Force Energy in detail, let’s take a quick look at this supplement’s pros and cons.

“I buy the “Original” flavor and like it very much. You can’t go wrong with Strike Force Energy Drinks. Also a surprise to me when I first purchased it was that it comes in a tube but is already liquid so you know there is not going to be any “powder” left at the bottom. After doing this review I am going to make one.”

“BTW the packets have fluid in them, not powder. Secondly I think one packet would be good for a gallon of water. I could not take more than a few sips of a 16 oz bottle of water with a full packet in it. I had to pass on this brand. Very heavy on the synthetic sweetener.”

“Don’t let the bad reviews fool you. This stuff is tremendous. Great energy drink without the crash. I put one packet in a normal 16 oz water bottle and it tastes great. Also it’s made by Veterans so it’s a great company to support.”

Strike Force Energy includes simple ingredients to boost energy, but it may not be the best solution to lose weight or decrease fatigue in the long term. Additionally, the caffeine content in each packet may be too much for some.

If you are ready to make lasting change to your health habits and lose weight, it may be time to choose a customizable weight loss program.

Noom is one of the best programs on the market, especially since it has been backed by multiple clinical studies. We love that this weight-loss system offers tons of features to help users make lasting change to their habits to lose weight and keep it off. Some of these include 1:1 coaching, an extensive food database so you can log your meals, educational lessons, and so much more.

Right now, a free trial offer of Noom is available for a limited time to all Dietspotlight readers, so make sure to give it a try before time runs out! 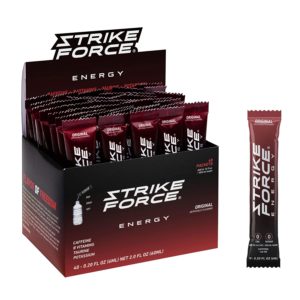