New Year’s Eve is right around the corner, and everyone likes to celebrate and drink safe with family members and friends as they ring in the New Year. One of the most common ways people want to celebrate is to enjoy an adult beverage or two to unwind from the most recent year. At the same time, there are always risks that come along with alcoholic beverages. Therefore, it is essential for everyone planning on drinking this New Year’s Eve to make sure they have an action plan to stay safe and healthy as they celebrate.

A Primer: Statistics on Drinking During the Holidays and on New Year’s Eve

Historically, New Year’s Eve is one of the most dangerous holidays of the year. The reality is that binge drinking always spikes on New Year’s Eve. Numerous outlets, including TIME Magazine, have labeled New Year’s Eve as a risky holiday due to the massive consumption of alcohol. Therefore, everyone needs to understand the dangers of drinking, particularly during the holidays.

First, statistics from the Centers for Disease Control and Prevention (CDC) show that about one in every six Americans binge drinks at least four times per month. On average, each of these drinking sessions includes at least eight drinks. Even though binge drinking is notorious for being a problem among teenagers and young adults, it is also a significant risk among people over the age of 65. Furthermore, adults who are over the age of 65 actually binge drink more often than young adults. Even though men still binge drink more often than women, binge drinking among women is rising.

Statistics that have been published by the Substance Abuse and Mental Health Services Administration (SAMHSA) show that one single New Year’s Day holiday represented a particularly deadly year. Emergency room visits and hospital admissions for issues related to alcohol, including alcohol poisoning, went up more than 250 percent. Even though this only represents a single day, this is a microcosm of what happens annually on New Year’s Eve.

Hospitals all over the country consistently record a spike in emergency room visits and hospital admissions related to alcohol. For example, the University of California at San Francisco (UCSF) reports that the number of ER visits due to alcohol poisoning around the holidays spikes more than 50 percent annually. New York City also consistently says that emergency room visits related to alcohol double on New Year’s Day when compared to the rest of the year. Even though many of these visits are due to drunk driving, some people are also admitted due to alcohol poisoning.

These are just a few of the most important statistics that people need to know about drinking on New Year’s Eve. Even though alcoholic beverages are a common way for people to unwind and ring in the New Year, it is also vital for everyone to do so safely. Nobody should ever drink and drive. Furthermore, everyone needs to make sure that they know their alcohol tolerance, as alcohol poisoning can be deadly. The effects that alcohol has on the body can lead to long-term consequences.

There’s no reason you can’t drink alcohol on New Year’s Eve and the rest of the year and still lose weight. New research shows that psychology plays a large part in losing weight, which is why Noom works with psychologists to ensure your journey is successful. Check out the free trial offer today! 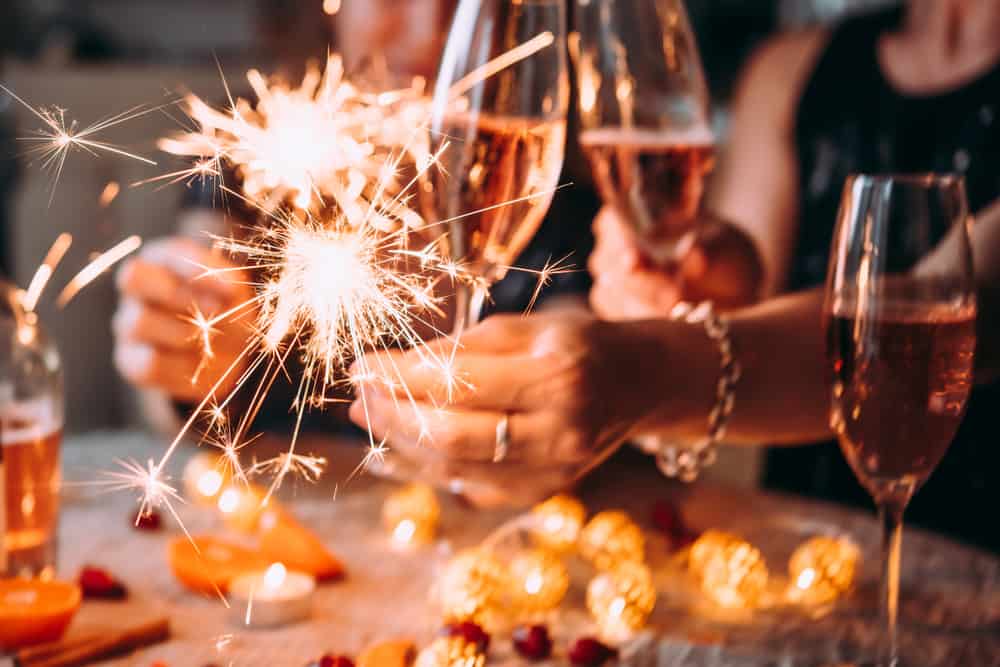 How Drinking Affects You: Physically and Psychologically

Everyone must understand what the effects of alcohol are on the body to learn best how to drink safe. One of the most common questions people have is how long it takes for alcohol to affect someone after drinking. Several factors are going to impact the speed with which alcohol impacts the body. Some of the most important factors to note include:

Anyone who suffers from alcohol poisoning has to go to the emergency room immediately. According to research studies, alcohol poisoning is mainly a clinical diagnosis. Even though it can be confirmed by measuring someone’s blood alcohol concentration, the constellation of symptoms above is enough to start treatment. Usually, doctors will administer supportive care to avoid secondary complications, such as liver failure. The main danger of toxic alcohol poisoning has to do with the development of other substances of the metabolic byproducts, such as formic acid and formaldehyde. One of the most significant possible complications of alcohol poisoning is optic nerve damage, potentially leading to irreversible blindness.

There’s nothing wrong with someone enjoying a few adult beverages when they go to a New Year’s Eve party as long as they drink safe. At the same time, everyone needs to make sure they do their best to avoid a hangover. A hangover is usually marked by a classic, traditional headache when they wake up in the morning. Some people say that they feel like there is a vice that is squeezing the head. Other people might feel like there is a pounding, throbbing sensation inside of their skull. A hangover results from alcohol’s effects on the brain, mainly through dehydration. Research studies also indicate that electrolyte imbalances and low blood sugar levels are also contributing factors. When the brain becomes dehydrated, a hangover results.

There are a few ways that people can drink safe to avoid a hangover. Some of the top strategies include:

Furthermore, when someone gets up in the morning, there are other ways that a hangover can be addressed. Some of the top strategies that people can use to treat a hangover include:

Finally, the most important thing is that people should be patient. It will take the body a while to recover from a night of partying, even when someone is responsible while drinking the night before. Therefore, try to take it easy and give the body time to do what it does naturally.

One of your biggest friends, when you have a hangover, is water. The same can be said for weight loss. Learn tips and tricks to lose weight for the last time with Noom. We love that you get a personal coach, group coach, long-term guidance and more all with a free trial offer! 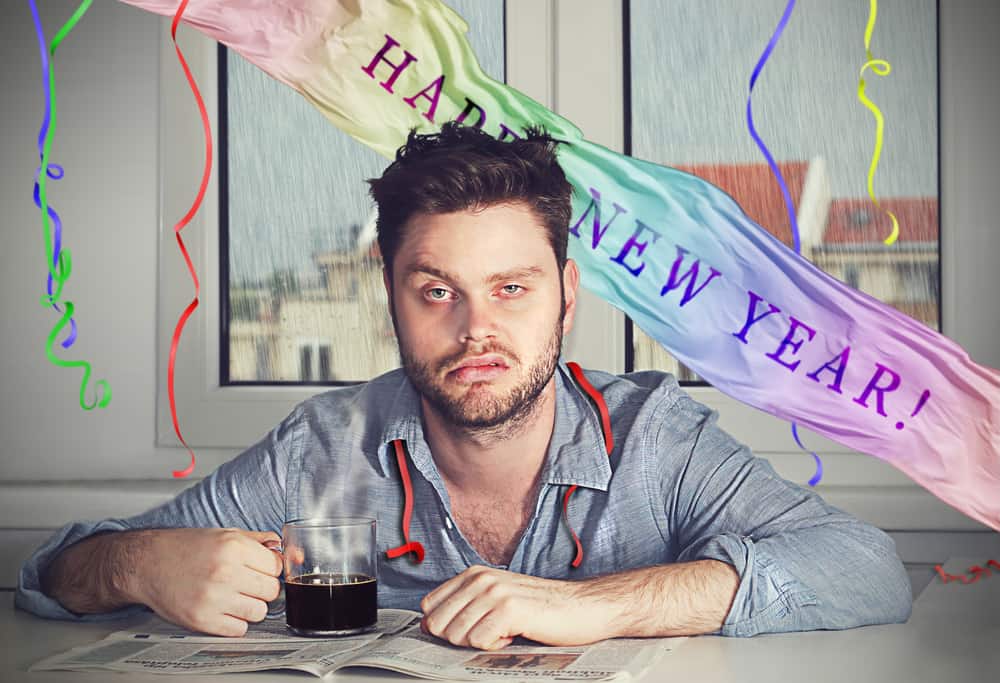 What Are the Most Common Mistakes While Drinking on New Year’s Eve?

The Impacts of Alcohol on Weight Loss Goals

For those who are trying to lose weight, alcohol can be a big issue. The reality is that even though most alcoholic beverages are smaller in overall volume when compared to non-alcoholic beverages, they can still pack on the calories. Therefore, alcohol can significantly derail someone’s weight loss goals. Some of the key points that people should keep in mind when it comes to alcohol and weight loss goals include:

These are just a few of the most prominent examples of alcohol that packs a punch when it comes to calories. In addition to the calories, alcohol has other impacts on the body as well. Therefore, it is important to take a closer look at the effects that alcohol can have on someone’s weight loss goals. A few examples include:

These are just a few of the most significant ways that alcohol can dramatically derail someone’s weight loss goals. Everyone must make sure they are conscious of how alcohol can potentially impact their diet and exercise routine. This includes thinking about the caloric content of alcoholic drinks and the overall impact it has on their body.

The Importance of Situational Awareness to Drink Safe

When people go out for New Year’s Eve parties, particularly when they involve drinking, it is normal for people to let their guard down slightly. Even though there is nothing wrong with letting loose a little bit, people need to stay aware and drink safe. People can follow a few strategies to make sure they are safe while they are out partying. Some of the top methods include:

Everyone must make sure they are safe when they are drinking on New Year’s Eve. Thinking about these strategies ahead of time can help people avoid making mistakes. Of course, make sure there is always a designated driver. Remember that there are rideshare services available as well to make sure that people can get home safely.

How Do I Know How to Drink Safe: Alcohol Tolerance

Some of the factors that could play a role in someone’s overall alcohol tolerance include:

These are just a few of the most critical factors that will impact someone’s alcohol tolerance. Everyone must make sure they know their limits when they are headed to a New Year’s Eve party. This is a critical part of making sure that everyone remains safe while celebrating the start of 2021.

Sometimes all it takes is modifying an old-favorite recipe to lose weight. Noom works with you to learn how to choose the healthiest foods and recipes for weight loss, including drink recipes. Take the app for a spin today with a free trial offer! 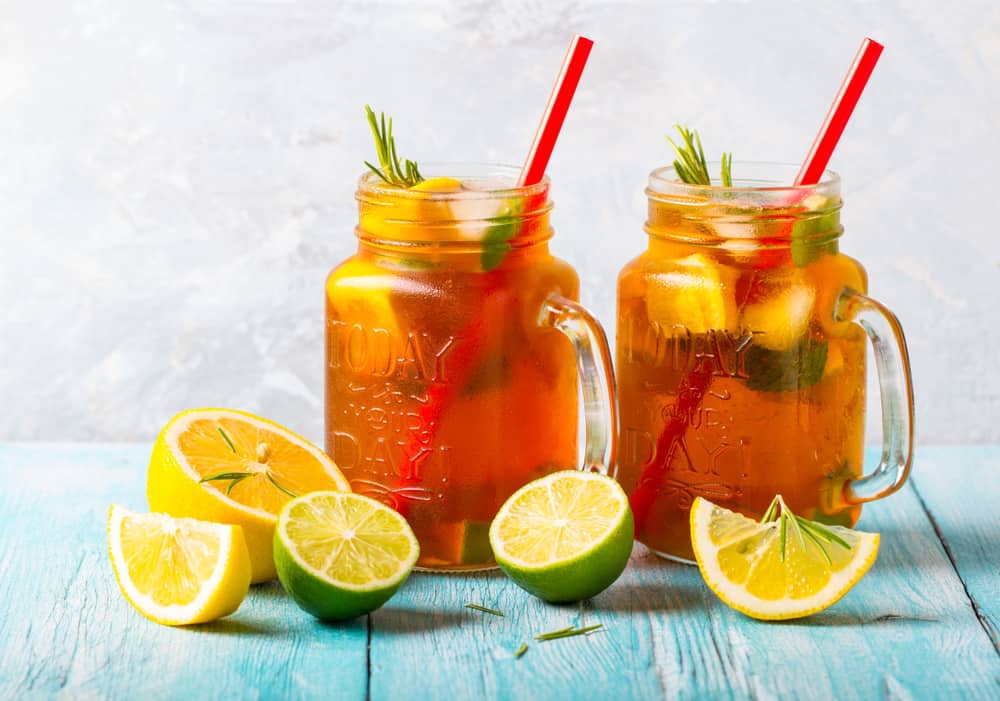 A Healthier Look at Classic Cocktails

Many people love to drink safe cocktails when they go to a New Year’s Eve party. Unfortunately, these cocktails can also have many calories, causing someone to have trouble sticking to their dietary plan. A few examples of classic cocktails that people like to drink that have a high number of calories include:

Anyone trying to stick to their diet while also enjoying a few adult beverages at a New Year’s Eve party should consider these healthy drink mixes when it comes to cocktail recipes. Then, everyone can choose a healthy drink to lose weight. Drink healthy instead!

If I Don’t Want To Drink, Can I Still Go To New Year’s Eve Parties?

You certainly do not have to drink to enjoy a New Year’s Eve party. Why not put a few of these ideas to use? That way, you can enjoy New Year’s Eve in your way!

What Type of Action Plan Can I Make to Drink Safe on New Year’s Eve?

Make sure that your action plan includes all of these elements. That way, you, your family, and your friends can enjoy New Year’s Eve safely.

These are just a few essential tips that everyone should follow when drinking on New Year’s Eve. Even though there is nothing wrong with enjoying an adult beverage (as long as someone is of age), it is still important to understand the risks of alcoholic drinks and have an action plan to stay safe. That way, everyone can relax, unwind, and ring in 2021 in a fun and healthy way.

For those of you looking to really kick your weight loss into high gear, we suggest the weight-loss app Noom. With personal coaching, group coaching, daily lessons, quizzes and so much more, you’re never alone in your weight loss journey. There will always be someone by your side. Take a chance on lasting weight loss with the free trial offer today!