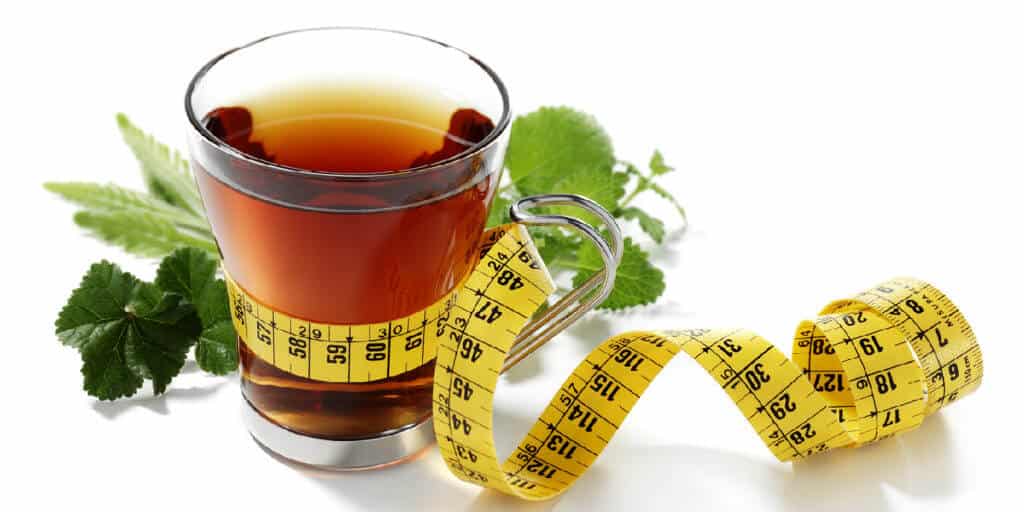 Tea has been used for centuries to soothe aches, calm nerves and promote sleep. Tea is typically enjoyed by seeping the leaves of different plants for several minutes. This, in turn, infuses the water with the flavor of the plant.

There are many types of teas available. Many of these promote the health of system functions in the body. Things such as chamomile have been used for centuries to help people sleep better. However, what many people do not realize is the suggestion that tea can also promote weight loss.

There are many options when it comes to weight loss tea. Some teas work better to promote fat reduction. Let’s take a look at some of the best tea for weight loss.

Green tea has been widely used for an array of health functions. There has been substantial evidence linking green tea usage with weight loss. According to Psychology & Behavior journal, 60 obese people for 12 weeks was utilized to show the effects of drinking green tea on weight loss. The group was split into two groups, one who drank the green tea, and another that drank a placebo. The group who participated in the consumption of green tea lost 7.3 pounds more than those in the placebo group.

Green tea is high in catechins. There’s been research in the past connecting catechins to increases in metabolic rate. However, there are studies offering mixed results.

Oolong tea is also considered a weight-loss tea. This tea is a traditional Chinese tea. It lands between green and black tea because of the partial oxidation process it is created from.

There have been various studies to show that this tea is beneficial in the weight loss process. According to the study Beneficial effects of oolong tea consumption on diet-induced overweight and obese subjects, 102 overweight individuals consumed Oolong tea for a period of six weeks. At the end of the six weeks, the participants all lost weight by increasing the metabolic rate and therefore burning excess fat.

Studies will continue on the effects of Oolong tea as a weight loss tea; however, data gathered as of now suggest that Oolong tea is a great tea for weight loss.

Black tea is tea exposed to more oxidation than typical teas. Oxidation happens when tea leaves are exposed to oxygen. This air exposure results in the leaves accruing a brown look.

Based on research presented in the American Journal of Clinical Research, “4280 adults were followed for a period of 14 years. It found that those who had a higher intake of flavone also had a lower overall body mass index.”

Black tea is known to be high in flavones. Flavones are known to be associated with lower body mass index and lower waist circumference.

According to the Proceedings of the Society for Experimental Biology and Medicine, “consumption of herbal teas reduced body fat in rats, and aided in the regulation and balance of hormones within the rat’s body.” The study showed rooibos may promote fat burning.

According to the journal Phytomedicine, Roobios can block the formation of fat cells and can increase the fat metabolism within the body.

White tea is significant because it undergoes fewer processes, and it is harvested during the plants’ young age. White tea is often desired because of it’s sweet, subtle flavor.

Based on research in the journal Psychology & Behavior, white tea and green tea have comparable amounts of catechins. Catechins, as mentioned previously, are known to promote weight loss.

According to the journal Nutrition & Metabolism, a test-tube study done on white tea showed the significant break down of fat cells, and the prevention of new fat cells forming.

It is important to take note that the above study was done in a test tube. This means we cannot apply it directly to humans. As with any of the other teas, further research is always needed to determine the exact effects on weight loss, metabolism, and combating fat cells.

There have been many studies done on teas regarding health benefits. Many of us enjoy tea because of its ability to soothe and calm us. However, according to data collected in studies, it is fair to say that teas of all sorts, may just promote a healthy lifestyle.

It is thought that perhaps some of these individuals lost weight because they not only drank tea but also cut out sugary drinks as well. This is an interesting concept, and without further research is currently unknown. Although, it is certain that cutting out sugary beverages is good for making healthier choices, and losing weight.