What is Ketosis | Signs of Ketosis and How to Achieve Ketosis

By Summer Banks FNS, SPT on May 12, 2022
Medically reviewed by Anthony Dugarte M.D.
Home / Health Articles / What is Ketosis | Signs of Ketosis and How to Achieve Ketosis
Overview | Induction | Benefits | Ketosis vs Ketoacidosis | Fasting | Is it Safe? | Side Effects | Diet Plan | Results | Bottom Line

Define ketosis. “Cut the carbs and lose the weight.” Not exactly, but that’s the marketing plan of the newest keto foods, drinks and supplements. But is it truthful?

The Keto Diet has been popular for decades and you’ve heard successful weight-loss stories. But, many people don’t know – how long does it take to get into ketosis?

Want to learn – how does ketosis work? Let’s find out!

Ketosis is the metabolic state where the body uses fat instead of carbohydrates for fuel. When the body lacks enough carbs, typically glucose, it burns stored fat. The byproducts of the burned fat lead to the formation of fatty acids known as ketones.

What is the Ketogenic Diet?

Reducing carbs allows your body to use fat as fuel. A ketogenic diet is similar to the Atkins Diet; one of the leading low carb diet plans. One of the main similarities is reducing the number of carbs eaten for a given day.

When following a low-carb or keto diet, tracking macros is important – so, weight-loss apps like Noom are ideal to help you stick with your program long enough to lose weight.

How to Get into Ketosis?

Cells depend on glucose or sugars for energy. Though the body can utilize fat as energy, it preferentially uses glucose as it is more efficient. Whereas, fat is most efficient only in the absence of glucose.

Other ways of how to get into ketosis include increasing physical activities, eating keto-approved foods or by taking exogenous ketones supplements such as Keto OS.

What is Keto Induction? 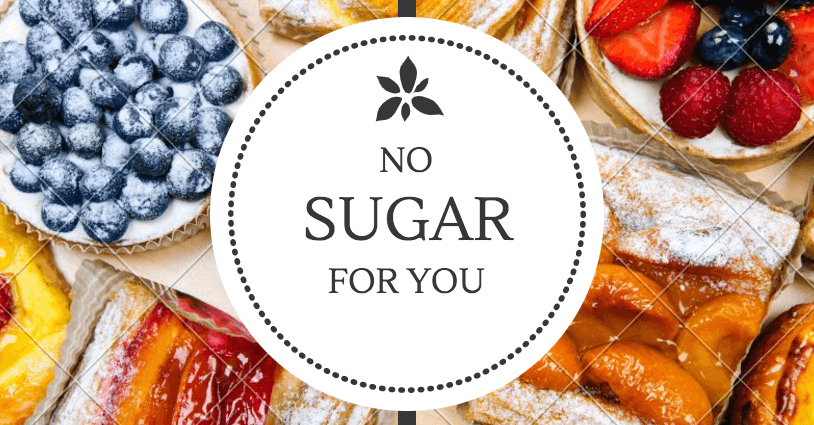 Keto induction depends on a variety of factors – keto diet foods like those available from Perfect Keto, type of exogenous ketones supplements used such as Keto Kreme, exercise and commitment.

For some following a keto diet, getting into ketosis happens within seven days. However, the process of getting your body into ketosis could take more than two weeks.

How Many Carbs For Ketosis?

According to a review articles on NCBI, however, the researchers concluded that restricting to less than 50g carbs/day is unnecessary though more studies are needed to delineate the minimum levels of ketosis and appropriate level of carb restriction.

The total carb intake is critical to the success of the keto diet. Without sufficient fat, you won’t make it into ketosis for optimal effects. If you’re working on lowering carb intake, try an app like Noom to help you with food and nutrition tracking.

As NCBI reports, a keto diet plan resulting in ketosis is a healthy alternative to traditional eating habits, including ones containing high carbohydrates and unhealthy fats. Another benefit of ketosis is the inclusion of healthy fats from nuts, coconuts or avocados.

Some dieters claim they improve overall health and wellness. People are stating that they experience appetite suppression. However, the research doesn’t fully support the claims, NCBI states.

It seems counter-intuitive, however, as complex carbs are more filling than fats, given equal serving size. For example, 100 calories are roughly 25 strawberries or an entire 16oz pack of spinach, vs. less than 1 tbsp of olive oil.

Increasing the portion of fat to take up the same amount of space as 25 strawberries or a bag of spinach would be associated with a considerable increase in calories, which would like mean weight gain.

What are the Benefits of Ketosis? 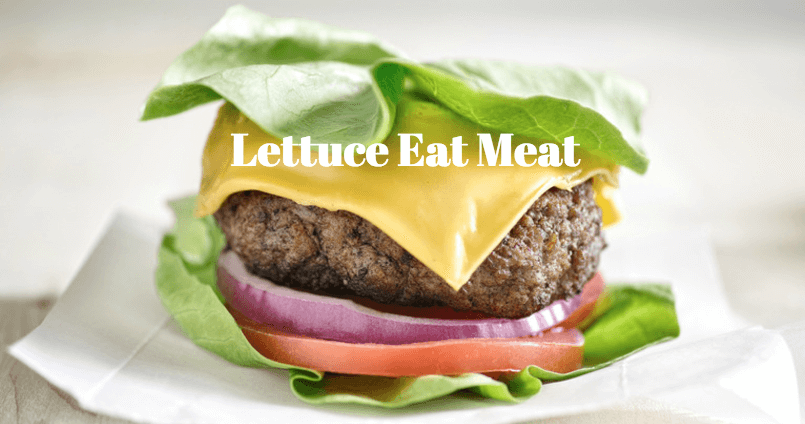 A ketogenic lifestyle is adopted by abandoning your daily eating routine and adopting a ketogenic diet.

Why the ketogenic diet is considered a lifestyle is because some people make ketosis a long-term change. They find it realistic and healthy as it involves enjoying good food without feeling starved. term for some dieters.

The Difference Between Ketosis and Ketoacidosis

Ketosis is when the body is making ketone bodies. According to NCBI, however, ketoacidosis is when ketone levels are higher than usual. The condition is potentially dangerous. 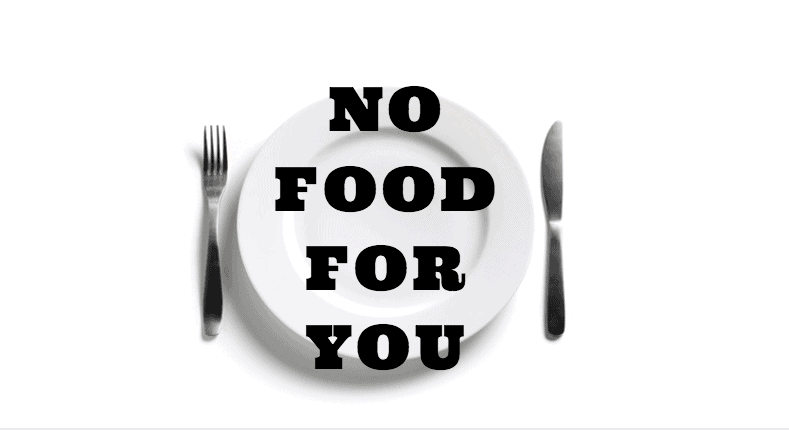 Keto fasting is similar to intermittent fastings, such as the 5-2 Diet. During a given time, you’re “starving” your body of something. Typically, it’s carbohydrates. By doing keto fasting, you’ll put your body into nutritional ketosis. But, there are several factors to consider when keto fasting:

If you’re looking for fasting to work for weight loss, you may want to pick up a weight-loss app like Noomfor tracking your nutritional intake.

Ketosis and the Body

Ketosis has a profound effect on your body. Below are a few instances of what happens when you get into ketosis.

Once your body is in ketosis, adding exercise if beneficial to keeping you in ketosis. But what is the best exercise for ketosis?

When your body is in ketosis, it uses fat as fuel (low intensity). Since high-intensity exercises tend to use carbs first, you may need to adjust your diet accordingly.

There are health benefits of exercise when your body is in ketosis:

Experts once thought ketosis was hard on the body, especially the kidneys. But, ketosis can occur naturally and there’s a chance that your urine could contain trace amounts of ketones, even if you’re not following a keto diet.

When your body goes into ketosis, it releases fatty acids, including omega-3 and omega-6. Both show promise in improving cognitive function. 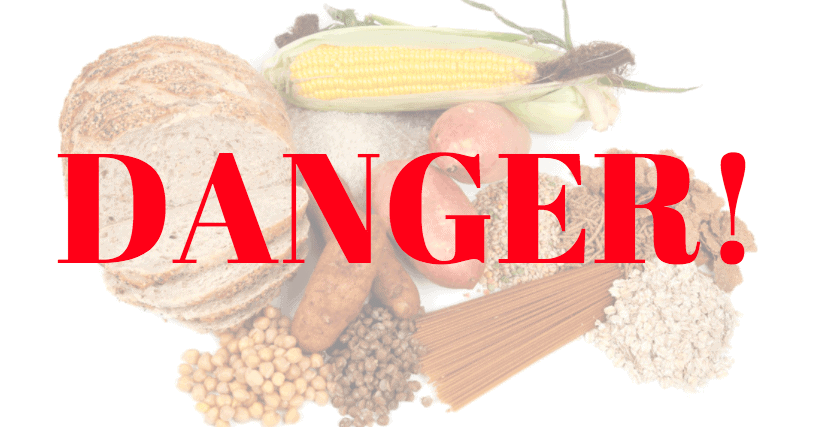 The dangers of ketosis are tricky. Every person is different and some people respond well to a keto diet and ketosis. However, others feel the side effects are too strong. Medical conditions and medications can also play a part in whether ketosis is dangerous or not.

There is no simple answer to the question, “Is ketosis safe?” All should consult a physician when considering significant dietary changes, including starting a ketogenic diet.

For those having trouble getting a positive test for elevated blood ketones, maybe you’re eating too many carbs or too much protein. Ideally, track your macros with Noom to ensure you’re on the right track.

What are Ketosis Side Effects?

As NCBI reports, the side effects of ketosis are relative to individuals. However, some of the most noticeable side effects include:

As NCBI claims, one of the rarely talked about side effects of ketosis is bad breath, also known as keto breath. The three ketones responsible are acetone, beta-hydroxybutyrate and acetoacetate. This is a good indicator that your body is in ketosis.

According to NCBI, ketosis flu or keto flu are symptoms experienced when you start the ketogenic diet. Although not contagious, there’s a chance you’ll experience symptoms similar to the flu. It can last from days to weeks and is characterized by fatigue, cough, headache and nausea.

When the body is adapting to ketosis, there’s a chance you’ll experience a low-carb headache. This is a symptom of the keto flu.

A keto diet plan uses keto-approved foods. Specifically, keto macros. Keto macros are the ratio of fats to protein to carbs. The three keto macros or macronutrients include:

The keto macros in some popular low carb and ketogenic diets include:

Tips and Tricks for the Ketosis Diet

It’s always nice to have some helpful tips and tricks while following the ketosis diet. Some beneficial tools include:

With an extensive food database managed by nutritionists, you’ll find the best nutritional tracking for foods and recipes with the weight-loss app Noom.

Ketosis focuses on following the ketogenic diet and keeping keto macros inline. However, Paleo incorporates a balanced approach to macronutrients.

Ketosis is a process where the body utilizes fats as a source of energy. However, the keto diet uses keto-approved foods helping put your body into ketosis.

“So I lost 25 pounds within 2 months on Keto, and had precisely zero of those symptoms you clutched your pearls over. When you get older, son, you’ll realize that exercise stops burning off all the calories in its own. It works, unlike other diets it is easy to follow and to sustain, and you aren’t even hungry during it. Just smash meat and cheese and salad. I got back to the weight I wanted, then I gradually added some carbs back in and reduced the fat intake, and everything is stable. You can get all mad and stuff, but I dont argue with results.”

“Yes Keto Is a Fad Diet, that may have short term results, but could have dire long term consequences. I would simply eat a balance diet, and low consumption of package, junk, and fast food.”

“Consuming cheese and butter is encouraged when you’re living the Keto lifestyle. In fact, cheese is considered a perfect keto food as it is low in carbs and high in fat. The protein count in cheese is moderate which makes it a healthy keto-friendly option. Butter is also perfect for keto since it is a zero-carb, high-fat (as much as 80%) food item. Add to coffee in place of cream and the taste is amazing.”

The Bottom Line on Ketosis

Putting your body into ketosis is a challenge for some. But, when you make it into ketosis, there’s a chance you’ll see weight loss.

But, there are some essential facts to remember.

For some, getting your body into ketosis is the secret to weight loss. For others, it is a fad that never quite works. The debate will likely go on for years to come.