Evodiamine is an alkaloid plant extract that has been used in supplements with the intention of promoting weight loss. The manufacturers of weight loss supplements containing Evodiamine claim that it can help you lose weight by increasing your internal body temperature even while you’re at rest, helping you lose fat while preserving muscle mass. It has been shown to work in research conducted using mice and other rodents, but no studies have yet been conducted on humans.

Besides the fact that there is not enough evidence to confirm the effectiveness of Evodiamine for weight loss, there have been warnings about the risk of it causing dangerously high body temperatures. Our research team has conducted extensive studies on Evodiamine and the supplements that contain it. Here is what we have discovered.

Evodiamine Readers: Noom is offering our readers a free trial, for a limited time. Click here for this special offer!
Overview

Evodiamine is a weight loss chemical derived from the fruit of a plant, the Evodiae Fructus. The chemical is a stimulant that works as a thermogenic agent, increasing the resting core temperature and body heat. It is also said to enable the users to lose fat while preserving muscle.

It can either be bought as a pill or in syrup form. The ingredient is supposed to increase metabolism and burn fat, similar to the thermogenic qualities of capsaicin.

Where Does Evodiamine Come From?

Quite simply, Evodiamine comes from the evodia tree, which grows in China and Korea. Evodiamine is an alkaline extract that comes from Evodiae Fructus.   It has been used medicinally for centuries and is becoming more popular in the West today.  In China, it is known as Wu-Chu-Yu, and Chinese herbalists have used it for medicinal purposes as well as for weight loss. However, there are no scientific studies that can back up this claim.

Many different supplement companies make Evodiamine, which one can purchase in stores or online. 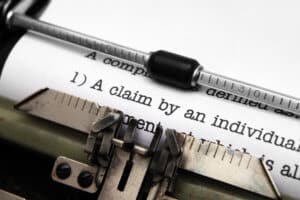 Evodiamine is said to increase the body’s temperature and might inhibit the increase of certain disease cells. Also, it is thought to increase your metabolism and improves some adrenal gland functions, which can result in less stress, a healthy heart rate, and proper blood sugar levels.

Evodiamine also acts as a thermogenic, according to supplement manufacturers, and has the specific capability to increase your current resting core temperature.

Because Evodiamine has thermogenic properties, it is claimed that the supplement can aid in accelerating the metabolic rate and promote weight loss.

Another method by which the substance might be able to contribute to fat loss is by stimulating the body. Stimulants are known to be effective at helping users lose weight –by boosting the metabolism and providing the extra energy people need to exercise and burn fat.

Finally, Evodiamine is claimed to suppress the appetite, leading users to introduce fewer calories and reduce the potential for more fat in their bodies.

How to Use Evodiamine

The appropriate dose of Evodiamine is dependent on several factors –age, health, and size, among other things.

Currently, there is not enough scientific information to advise a recommended dosage for Evodiamine. Remember, natural products are not always safe and taking the right dose of your supplement is essential.

Be certain to follow relevant directions on product labels and seek advice from your pharmacist, health practitioner, or other healthcare professional before using any supplement.

Traditional Chinese medication actually uses the fruit and bark of the plant to derive the Evodiamine. Western medicine and supplements, on the other hand, normally rely on synthetic versions of Evodiamine. Given this variance, it is particularly difficult to provide any recommendation on an appropriate amount of Evodiamine that any user should use.

How Much Does Evodiamine Cost?

Like the appropriate dosage, prices of the chemical vary greatly. Many factors influence price-quality, form, quantity, the manufacturer, distribution method, or place of origin.

We suggest that if you decide to buy Evodiamine, you should visit a reputable store or distributor who cannot only sell you a safe version of Evodiamine but also provide recommendations and advice concerning its proper use. 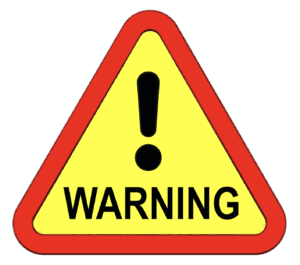 Evodiamine is often marketed as a substance that is free from any side effects. Here we consider, in detail, the many side effects that a user might experience when taking Evodiamine.

As we’ve mentioned, Evodiamine works as a thermogenic agent and, therefore, is capable of boosting the core temperature of the body.

While this is useful for speeding up metabolism and inducing weight reduction, taking too much, Evodiamine could result in dangerously high temperature.

Symptoms of dangerously high body temperature may include:

It is essential that you keep track of how much Evodiamine you consume and drink lots of fluids to ensure that your core temperature stays within the safe limits.

Since Evodiamine is considered an ingredient, it carries the potential for the same side effects that you would expect from similar drugs.

Some side effects you may experience from Evodiamine are:

To avoid these consequences, you must make certain that you take only the recommended dose of Evodiamine. Mixing Evodiamine with other stimulants could result in coronary heart palpitations.

For this reason, all people who have cardiac issues or other medical conditions should consult with their health practitioner before using dietary supplements that include Evodiamine.

Many of the health risks associated with the use of Evodiamine are listed above.  However, there are a few other product warnings you should consider before taking this supplement.

If you are on any liver medication, do not take Evodiamine.  It can decrease how quickly the liver can break down some medications.

If you have any current medical conditions or taking any prescription medication, consult your doctor prior to taking Evodiamine.

Since this substance is capable of speeding up the body’s metabolic rate, it may alter the way in which the body breaks down certain medicines and can have a serious impact on your health.

Anyone under the age of 18 should not take Evodiamine.

Women who are pregnant or nursing should not use this product. 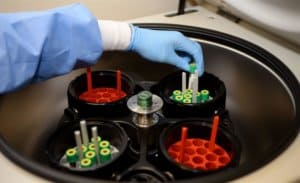 There are no clinical studies that support the safe or effective use of Evodiamine. Some experiments studied the effects of Evodiamine use on animals, however. No trials on human subjects could be found.  Most of the studies were conducted on isolated cells or rodents.

In 2001, an experiment took place that sought to determine whether the use of Evodiamine affected vanilloid receptors similar to that of capsaicin – a spicy, thermogenic substance derived from the chili.

The study used twelve male mice as subjects who were given 0.03% dosage of Evodiamine for twelve days. At the end of the trial, the results showed that the perirenal fat weight of the mice became notably lower than that of the control group.

An additional experiment studied mice over the course of 21 days with a similar dosage and observed similar results.

According to research published in Planta Medica, evodiamine works like capsaicin in terms of its anti-obesity effects.

“It is the first thing that has worked for me in 15 years. – My hope was to be able to lose weight and have more energy. That has happened. Thank you.”

“I tried this product twice and saw absolutely not results or improvements. Keep shopping.”

“Basic product, could do better. – I would recommend the GNC Ripped Vitapack over this product, any day. It does provide a boost, but I didn’t feel it was as well rounded as the GNC product.”

The Bottom Line – Does Evodiamine Work?

Should I race out for a bottle of supplement with Evodiamine? The research simply isn’t strong enough to support the inclusion of this ingredient. There is no way to know how much of it would be enough to produce results in humans or how safe it is when used regularly. This only leaves us hesitant to suggest it to readers.

If the time has come to jumpstart your weight loss try to find tools that are backed by scientific research. It is important that the information is based on proven results in human test subjects in order to ensure the product is both safe and effective.

Among the best products we’ve seen this year is Noom. It is designed by doctors to help users, both men and women, reach their goals with healthy lifestyle changes. During our research, we didn’t find any negative comments online but we did find a significant number of dieters sharing their positive results.

The makers of Noom are so excited about their product that they have begun offering a free trial, which is even more reassuring.

clear
Q:
What are the ingredients in Evodiamine?
A:

Q:
What are the side effects of Evodiamine?
A:

You may suffer from loss of appetite when using Evodiamine.

Q:
Does Evodiamine work?
A:

Yes. Evodiamine helps you lose weight. It also works for those users who want extra endurance. It is a good supplement for burning calories.

Q:
What is the price of Evodiamine?
A:

Q:
Where can I buy Evodiamine?
A:

You can buy Evodiamine from different online stores selling supplement products, such as the Alibaba website.

Q:
How should I take Evodiamine?
A:

Evodiamine can be taken orally, per the instruction on the product label.

Q:
How do I contact Evodiamine customer service?
A:

You can contact the customer care of each website that sells Evodiamine. Usually, you email or call their customer care.

Q:
Can I return Evodiamine?
A:

Yes, but only for those websites that have a return and refund policy.

Q:
What are the most common complaints about Evodiamine?
A:

Commonly, consumers using Evodiamine complain about the loss of appetite.

No votes yet.
Please wait...
Evodiamine or Noom?
Click Here to Find Out