Tribulus terrestris is a plant that goes by many names, such as bindii, goat head, cat head, or devil’s plant. However, once it reaches maturity, most people remember it as “the puncture vine,” as it is obscured by serrated burs.

The burs can pierce through flesh like sharp needles. If they aren’t quickly removed, any human or animal who happens to step on them will have difficulty walking until they find a way to extract them. This act is not natural considering the needles are sharp enough to puncture a vehicle’s tires. 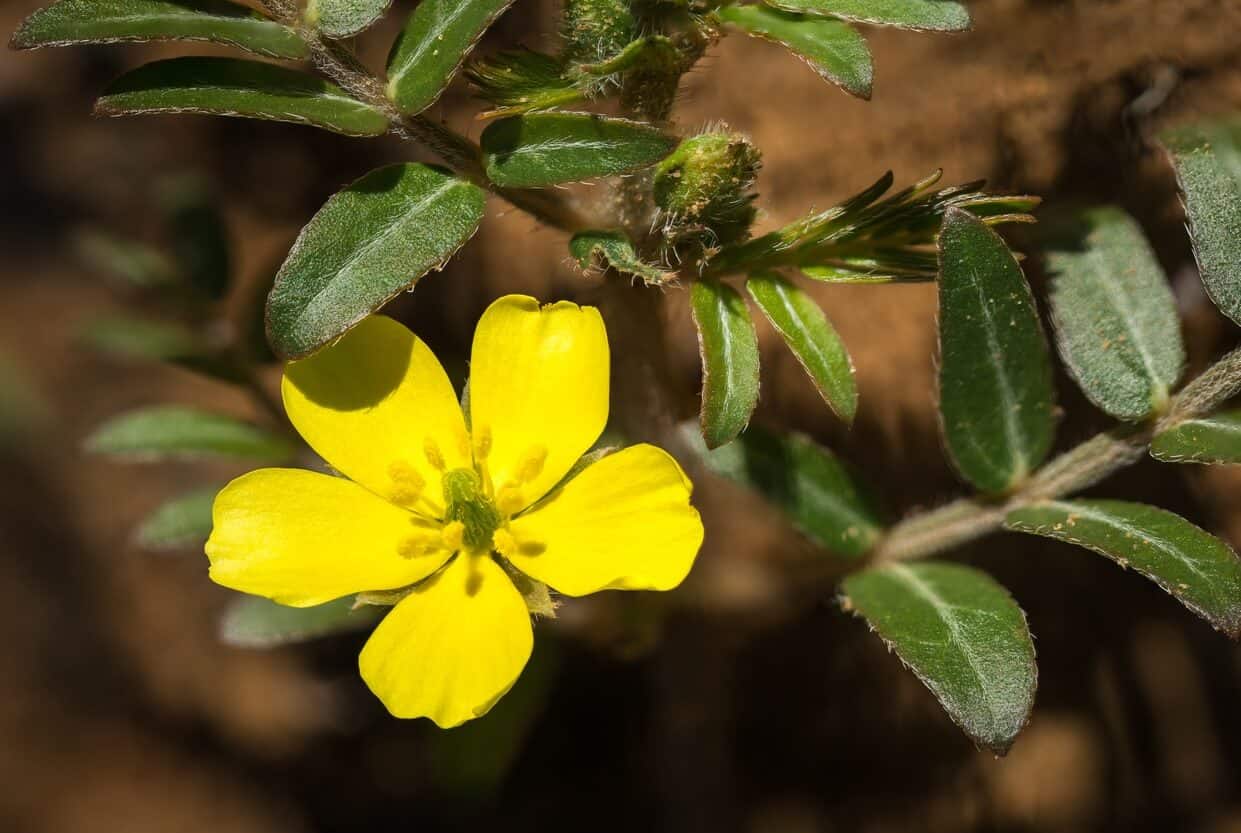 What is Tribulus Terrestris?

For the most part, no one ever tries to grow tribulus terrestris on purpose. It simply blossoms in lawns and fields that have poor soil conditions.

At first, it seems like a blessing because it colors in the bare spots where homeowners have trouble growing grass. But once the burs begin their prickly inflation, they swiftly change their mind.

Getting rid of this plant can be difficult: it has a long tap root that will regrow the vine if it is not entirely removed. Since it spreads so rapidly, it is nearly impossible to dig up all the plants in an area.

Surprisingly, the burs are small seed pods, which are resistant to chemical herbicides. They can lie dormant in the soil for quite some time. Then, they merely sprout up as soon as enough moisture soaks the ground and softens their hard exterior shell.

According to HomeGuides, because of this fact, tribulus terrestris is considered to be an invasive plant wherever it happens to grow. Many farmers spend a hefty sum of money in their efforts to remove it from areas where they keep cattle or other animals that can be injured by it. 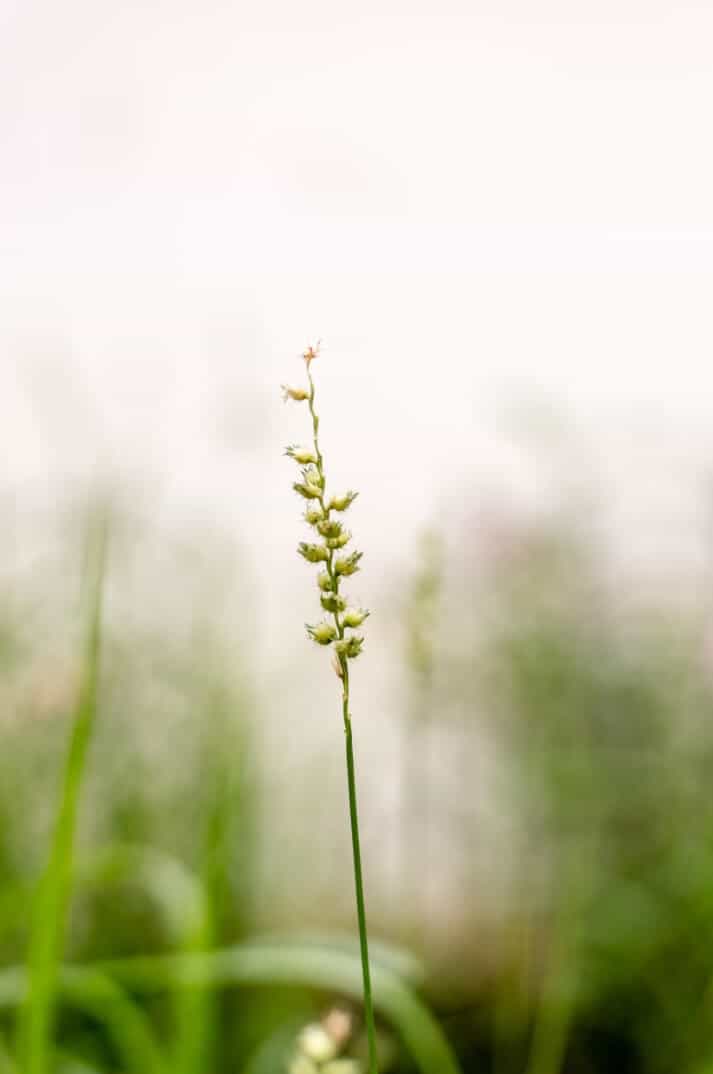 It is often surprising for anyone who has crossed paths with this nuisance of a plant to hear that it does indeed serve a beneficial purpose.

According to Examine, the leaves, stems, roots, and burs can all be made into tinctures, teas, and capsules to aid in treating many different health conditions. But the process has to be done carefully to avoid being injured by them.

Practitioners of ancient Chinese medicine first discovered the plant’s remarkable properties. Following in their footsteps were Ayurvedic doctors who found that it corrected specific imbalances in the body.

It is useful because of its remarkable health properties, which have been studied by health practitioners all over the world. However, one study published in the Journal of Strength and Conditioning Research, found the herb to be ineffective. 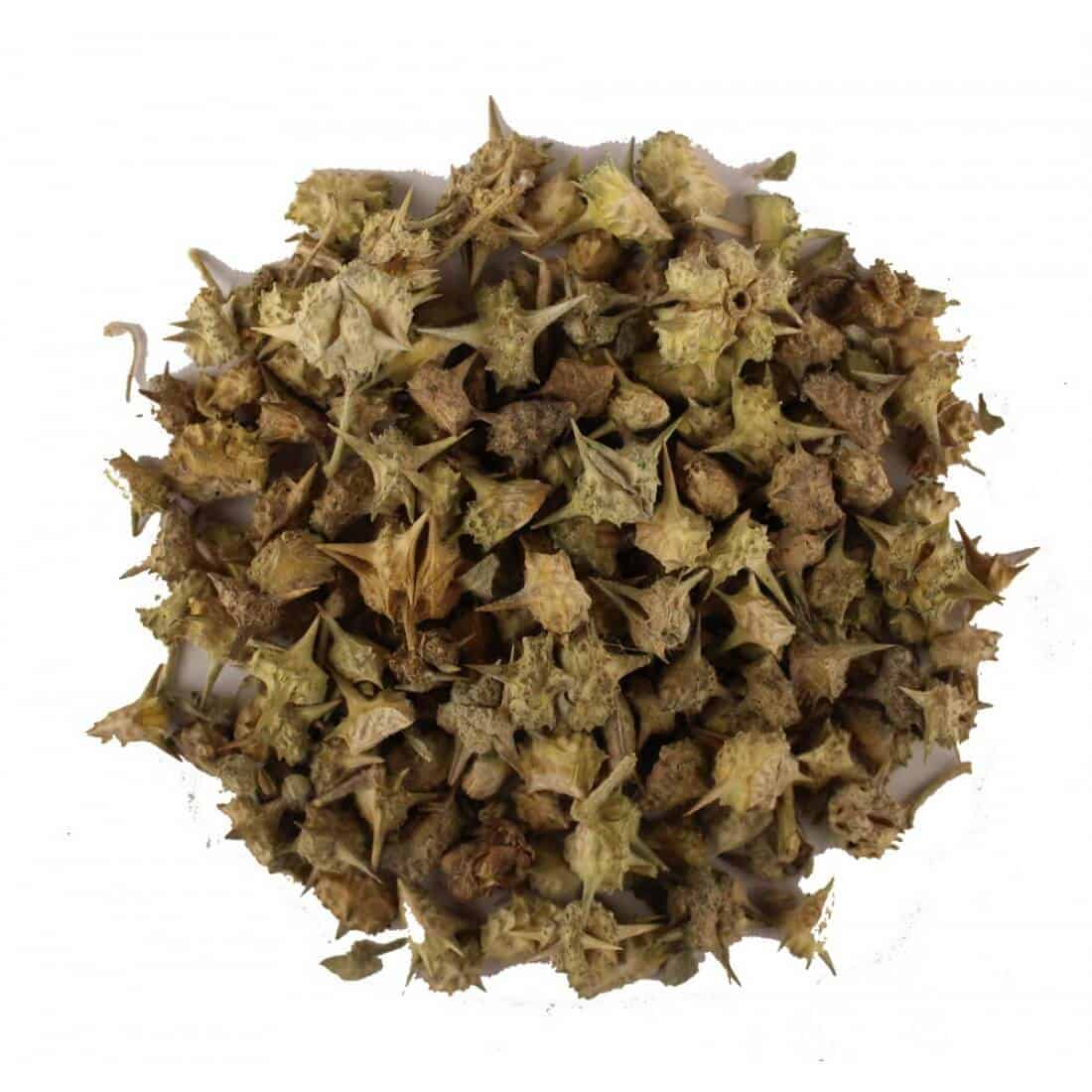 Tribulus terrestris is considered to be something of a cure-all in the field of naturopathic medicine. Just a few of the health problems that it can treat include:

There is much debate regarding the way that tribulus terrestris affects the hormones of the body. Some say it can raise both estrogen and testosterone levels. Others claim it only increases the latter.

Those who are over the age of 30 and suffering a natural decline in the production of testosterone seem to experience faster, more noticeable results than those who already have high testosterone amounts. When the levels are corrected, a person’s sex drive jumps up.

Both men and women who are struggling to respond sexually often find that their performance is significantly improved after just a short time of taking this remedy.

Tribulus terrestris contains a chemical compound called steroidal saponin protodioscin, which acts as a testosterone booster for bodybuilders who want to gain lean muscle mass, lose a few pounds, and increase their strength for a competition.

The only downside of using the remedy for this purpose is that it has been known to cause people to test positive for steroids. Part of the reason for this outcome is that bodybuilders use such high doses of it at a time. It is best to cease using it a few weeks before any competition.

Some men have developed gynecomastia after excessively taking this remedy because it increased the level of estrogen in their body far too much.

For this reason, many bodybuilders use an estrogen blocker along with it. Women may develop additional symptoms if they take it in high doses.

According to LiveStrong, there have also been reports of people struggling with muscle coordination. Grasping objects and moving limbs in a pattern becomes more difficult.

However, tribulus terrestris may affect estrogen levels. One study published in DARU Journal of Pharmaceuticals used the herb to study its effects on sexual dysfunction in women. 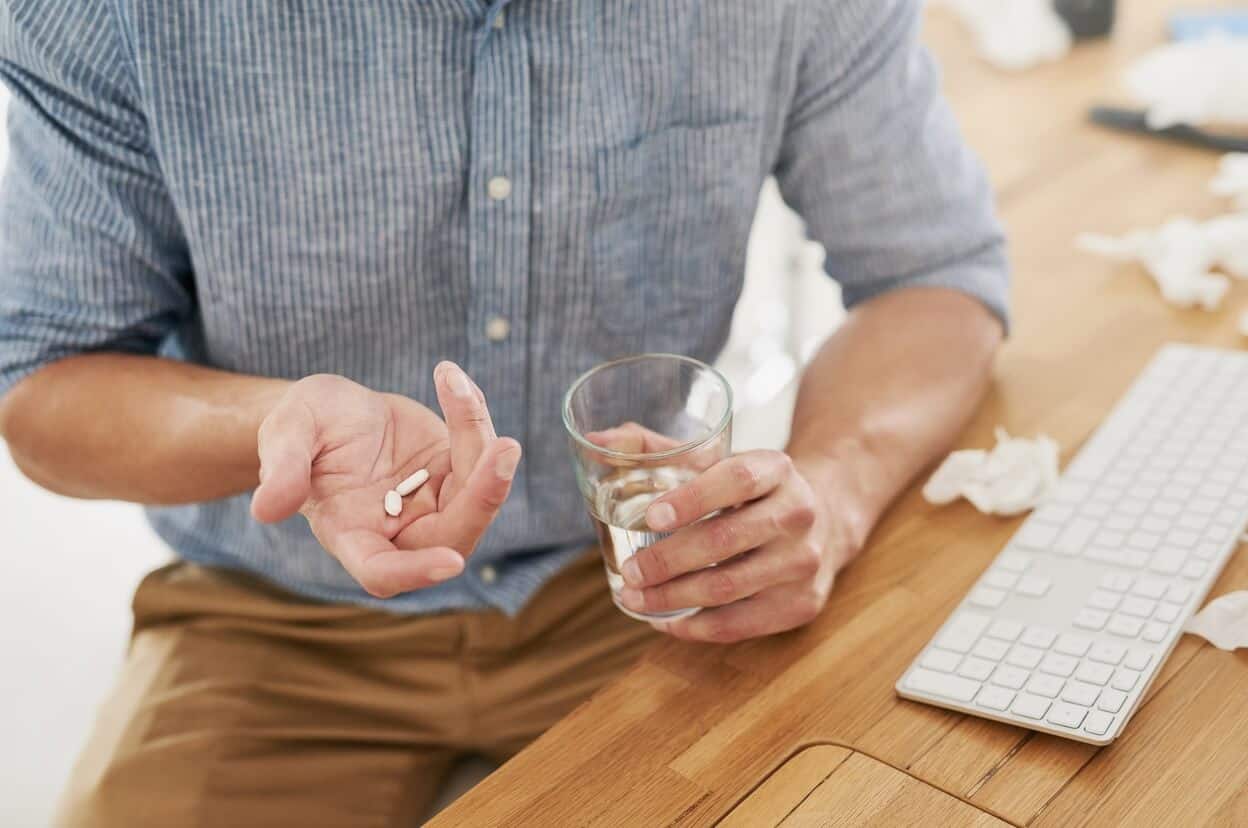 The recommended dosage varies from person to person. Some naturopathic doctors say to start out at a smaller dose of about 85 milligrams. That way, you can see how it affects you before you take any more. A lower dose will also help avoid any side effects that could be caused by a sudden increase in the hormone levels of the body.

Over time, the dose can be increased to 250 milligrams per day. But this surge is mainly aimed at women. Men who are in a “stacking” phase of their bodybuilding routine may want to take about 650 milligrams of it three times a day.

According to WebMD, higher doses are especially beneficial for bulking up fast, but the body can develop a resistance to them. So it is advisable to either take a two-week break from their application or temporarily switch to a different testosterone booster.

Stick with a low dose of 85 milligrams when first taking this remedy. 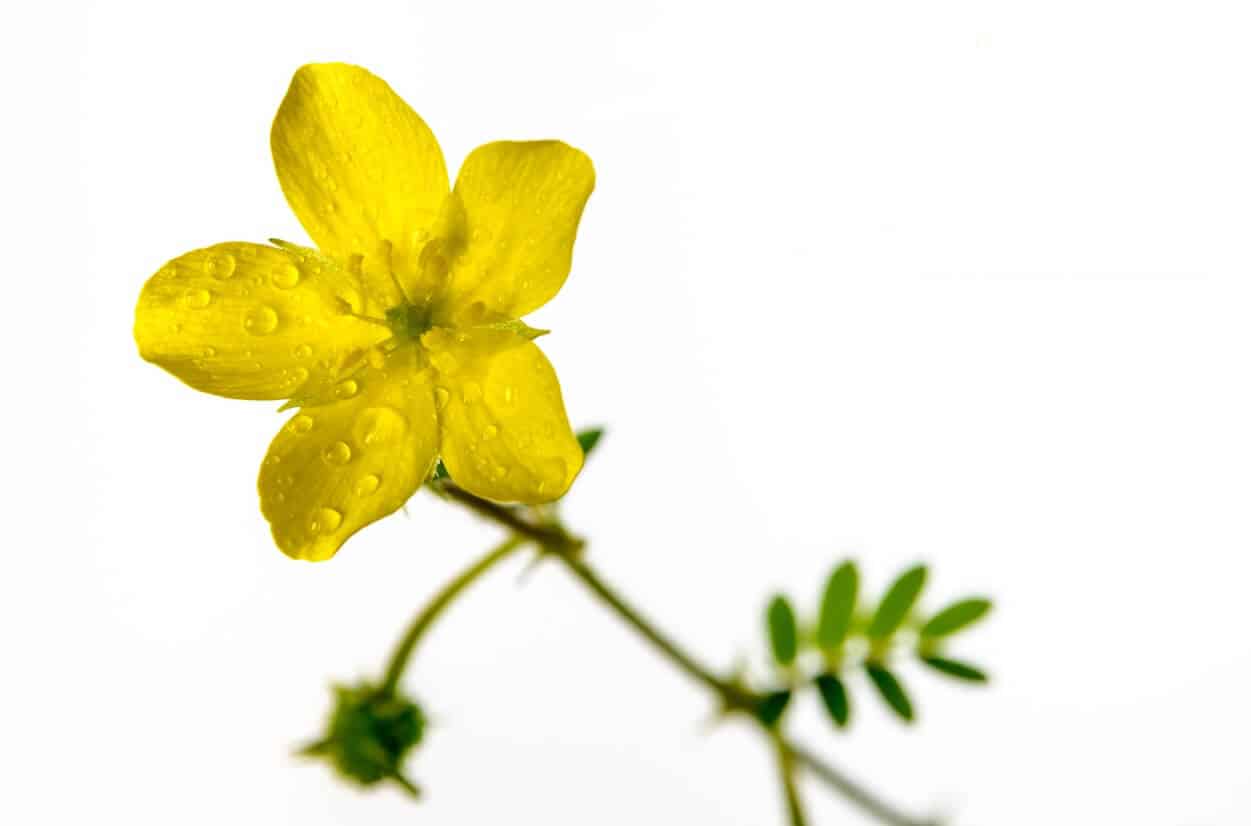 “Noticed T levels and overall drive have been less-than-desired since quarantine began. Started taking this alongside ashwagandha and have had noticeable differences in reduced stress levels, mental clarity, and elevated libido.”

“After trying this product for over a month cant notice any difference. Gave it some time for it to add up in the body since its a natural product but cant feel any difference with two daily.”

“I can’t say with 100% certainty that this product works, but the reason I started taking it was due to some medication I take that negatively impacts my libido. I did feel like it helped my libido some while I was taking the first bottle, but did not get a second bottle right away. I realized fairly quickly that it was helping once I was no longer taking it, so I promptly ordered another bottle. I am nearing the end of my second bottle and plan to continue taking it. I’m not a scientist or a pharmaceutical specialist, but anecdotally it does seem to help me enough that I will continue taking it for the foreseeable future.”

This remedy has plenty of beneficial properties, which make it helpful for treating many different medical problems. However, it is vital that anyone who is considering using it on a regular basis check with their doctor first because it could interfere with their other medications or cause harmful side effects.

It could also lead to a medical emergency if a doctor doesn’t know that a person is taking it before having surgery or other treatments done. So it is advisable to bring the bottle along with you to the doctor’s office for them to identify it. Ask your doctor if tribulus terrestris is right for you.