Burn Evolved is a fat burner that claims to increase energy levels while suppressing the appetite. Burn Evolved also claims to help “send your metabolism into hyperdrive, burn extra calories, and torch body fat”. The question is – is that possible?

Our research team dug into this supplement’s formula, benefits, ingredient research, potential side effects, and more to see if Burn Evolved could really do all it claims. Read on to learn more about this supplement to see if it is right for you!

Sculpt Nation Burn Evolved can be purchased through their Official Site.

What is Sculpt Nation Burn Evolved?

Burn Evolved claims to be a supplement with a thermogenic effect, which means that it helps burn fat faster. While the capsules are being digested, the formula is thought to have a “triggering” reaction in the body. This reaction is thought to increase your core temperature, forcing your metabolism to speed up. This eventually results in burning of extra calories.

The creators indicate that it can be used prior to your workout. Apparently, Burn Evolved should ignite your metabolism as you walk, exercise on the treadmill, run or jog. Does science say the same thing about fat burners, though?

Sculpt Nation LLC makes Burn Evolved. The company is based in Texas. They also sell:

These supplements are meant to boost performance and give you better workout results and improve your health as well. For instance, a study published in the American Journal of Health-System Pharmacy noted the importance of probiotics for digestive health.

Sculpt Nation has an “A-” rating with the BBB and 3.51 stars out of 5 based on an average of 452 customer reviews. In just five years of business, they’ve had more than 530 customer complaints filed with the bureau. In the last year alone they’ve closed 216 complaints. 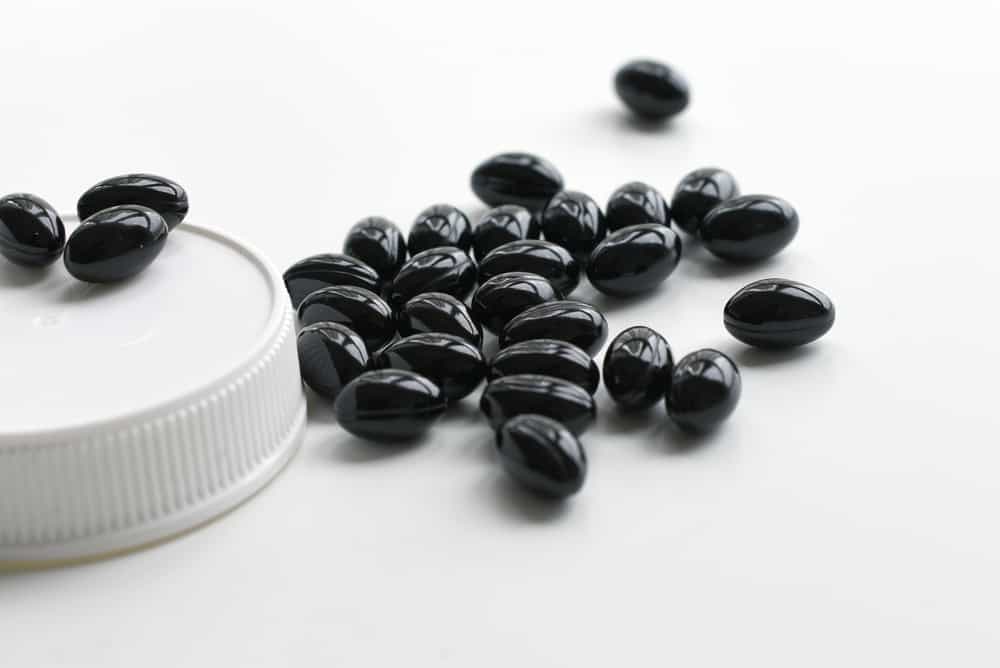 You may purchase this product from the company’s website. If you need more information, you can contact the company headquarters at 3100 Technology Drive Suite 200 Plano, Texas, or call 1-888-267-4650.

Sculpt Nation LLC offers an automatic shipment option that allows you to schedule AutoRefill on a recurring basis. You save more by choosing this program.

Sculpt Nation claims that its product helps users shed unwanted fat better and faster. Burn Evolved is known as the best in the market, but is all the hype justified?

According to the manufacturer, the use of this product will provide the user with an “unfair” advantage over others on their weight-loss journey – quickly turning the body into a fat-burning machine with ease. As per their website, Burn Evolved is able to burn fat without losing lean muscle.

This dietary supplement claims to unlock the user’s metabolism, even for those who have low metabolism. Overall, Burn Evolved claims to be a potent natural fat burner.

What are the Sculpt Nation Burn Evolved Ingredients?

By itself a stimulant, it may cause some issues for those who are sensitive, especially when combined with caffeine and Yohimbine. Make sure that you are aware of your own sensitivity when using this product.

Cayenne is a good thermogenic agent, and as such, many supplement makers include this as part of their ingredients list. It increases metabolism and provides the user with heat potency to burn calories. However, combined with other ingredients, there is no guarantee of its effectiveness, as most research shows that benefits depend on the dosage.

Most fat burners include caffeine as an ingredient, and Burn Evolved is no different. Caffeine provides energy-boosting capabilities and improves mental focus, according to Critical Reviews in Food Science and Nutrition.

Caffeine is a thermogenic agent and when combined with other ingredients, could be more effective, speeding up the rate of basal metabolism. However, there has been no definitive proof this is the case as it relates to Burn Evolved.

Green tea extract contains a molecule known as ‘catechin.’ This molecule is known to activate stress hormones in the body. In this situation, most people don’t feel like consuming food. When included in weight loss products, it is believed to suppress the appetite.

Most know the effect of apple cider vinegar as it relates to weight loss. A lot of studies have been done to show that it can reduce inflammation.

Burn Evolved is known as a fat burner, which means it claims to help you get rid of the extra fat on your body to aid in weight loss.

One appetite suppressant that seemed to be missing in the formula is garcinia cambogia, which Evidence-based Complementary and Alternative Medicine claims may aid in weight loss. However, the combined effect of the caffeine, apple cider vinegar, green tea extract, and cayenne pepper could compensate by slightly reducing appetite.

Touted as a product that boosts metabolism and energy to help lose weight quicker, Burn Evolved promises to be a more effective fat burner than other similar products. But without studies to support these claims, the rate of weight loss success may be questionable.

The only concern with Burn Evolved would be the combination of rauwolscine, yohimbine, and caffeine, which are all stimulants.

If taken too often or in large doses they can also cause:

How to Use Burn Evolved? Directions

As directed, you should take two capsules daily and it must be with a substantial meal. However, due to the combined stimulants, it is suggested that you take one capsule instead if you are concerned. When taking two a day, you can take one of the capsules with breakfast and one with lunch.

Cost and Where to Buy Sculpt Nation Burn

The cost of Burn Evolved is $49 per bottle. It has sixty capsules, and taking two per day means that it would last for a month.

A few other pricing options include:

Burn Evolved by Sculpt Nation is sold on the company’s website.

A Quick Look at Burn Evolved Pros and Cons

“In the year I have been using Burn day and evening, I have lost 80lbs. Diet and exercise play a role but Burn gave me the energy and quieted the bacteria that craved sweets, bread, and 2nd portions.”

“Gave me painful bloating and burning diarrhea. I’d call that the opposite of no negative digestive reactions.”

“I have been on Burn and a few others and I am not seeing too much if any change.” 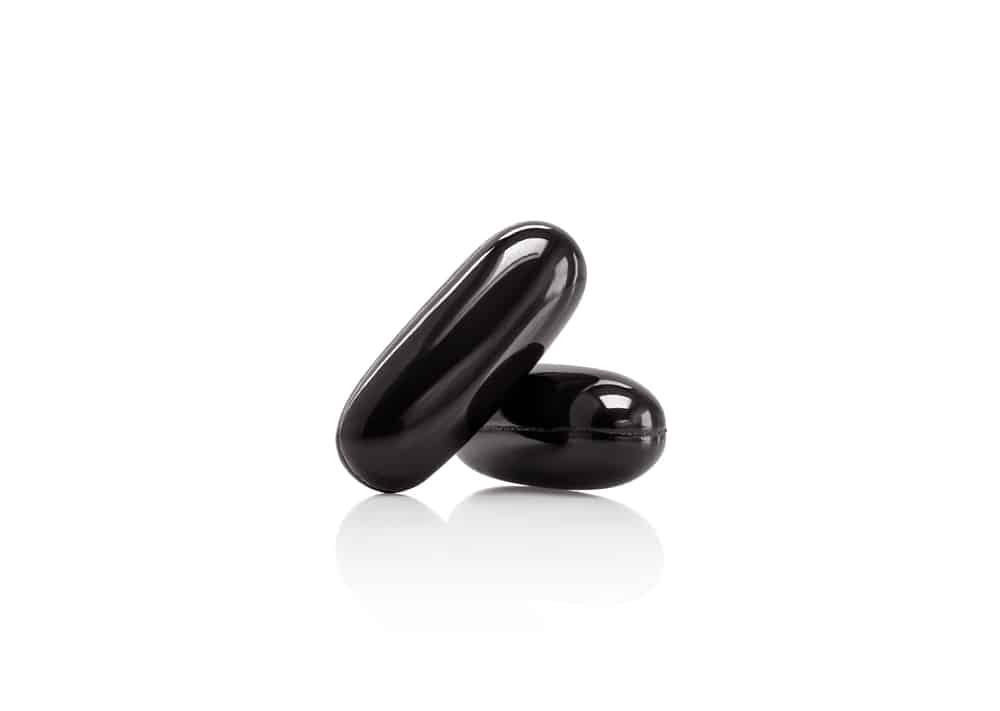 Are you obese or just a little overweight and want to burn fat? Well, Burn Evolved is said to have the potential to burn fat. Its combination of caffeine, green tea extract, apple cider vinegar, and cayenne pepper claim to burn extra calories, but the research just isn’t there to support this product.

When you add in the higher-end price and potential for side effects, this doesn’t become the best solution for weight loss. That’s why it can be best to choose a program that can help meet your individual needs like Noom does.

We like Noom because they offer tons of tools, like personal meal plans and coaching sessions, to help users lose weight and keep it off. Plus, the program is backed by multiple clinical studies – something most other weight-loss solutions can say. If you are ready to try the system out for yourself, make sure to check out their free trial offer. 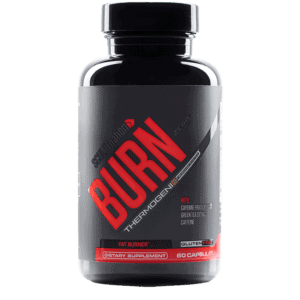 No, Sculpt Nation Burn is not FDA-approved. The Food and Drug Administration doesn’t review supplements unless reported side effects cause a red flag. For instance, years ago Hydroxycut products were voluntarily recalled for possible liver-related side effects.

Q:
What are Sculpt Nation Burn reviews?
A:

Sculpt Nation Burn reviews rate the fat burner with 6/10 or 3/5 stars. The supplement is no longer listed for sale on Amazon, though past Burn reviews average 2.9/5 on that platform.

Q:
Where can I buy Sculpt Nation Burn?
A:

As of September 2022, Sculpt Nation Burn is available for sale on the official website. A single bottle is priced $49.