Modere Burn is a weight loss product that claims to harness the benefits of a Mediterranean lifestyle to expedite weight loss results. Our research team was excited to look into Modere Burn. Who wouldn’t want to lose weight with less effort and have more energy? Unfortunately, when something sounds too good to be true, it usually is.

Our research team put aside their skepticism and began searching for evidence to support or refute the claims made by the makers of Modere Burn. Some ingredients have us wondering “Can Modere Burn cause weight gain?” We were also concerned by the number of complaints we came across. Keep reading to find out if weight loss is possible

Modere Burn can be purchased through their Official Site.

What is Modere Burn?

Modere Burn is a claimed thermogenic weight-loss product that aids in weight loss by increasing the number of calories burned during every workout, according to the company behind the formula. Modere Burn is part of the M3 Pledge, a weight loss system that is sold through social marketers on platforms like Facebook and Twitter.

The makers of Modere Burn claim this product will:

Is there any validity to these claims? Let’s see what research has to say about three key ingredients – green coffee bean, guarana and green tea.

Modere and the Better Business Bureau

Modere, Inc has been accredited with the BBB since November 27th, 2018 and they have an “A+” rating. They have earned 2.67 out of 5 stars based on 96 customer reviews.

Modere is a result of the rebranding of a 26-year old company called Neways. Z Capital purchased Neways in 2013. Neways U.S.A was renamed Modere is 2014, although the CEO and upper management remained the same. Robert Conlee, the CEO of Modere since 2012, was once the CEO of Xango and the president of Nu Skin.

How does Modere Burn work? The makers of Modere Burn failed to provide any scientific research to support their claims, so our research team decided to study each ingredient to see if this product has potential as a weight-loss supplement.

Research in the International Journal of Molecular Sciences found that vitamin C could boost heart health, while Nutrients found that the vitamin could act as a barrier for skin, boosting skin health.

More research published in Military Strategies for Sustainment of Nutrition and Immune Function in the Field shows that the vitamin also acts as an antioxidant and can boost immune health.

The makers of Modere Burn claim chromium as the next significant weight loss phenomenon. This may not be entirely true, but there is some thought that chromium can help regulate hunger.

Coffee bean, guarana seed extract, and green tea leaf extract all contain caffeine – the most popular stimulant globally. Caffeine is most commonly used to increase energy, though science shows there are other benefits. However, based on research shared in the Journal of Sports Science, taking caffeine over the long-term could mean losing those benefits.

Some research published in BMC Complementary & Alternative Medicine shows that green coffee bean extract can help aid in weight loss by suppressing appetite. However, this is primarily due to its caffeine content.

How does Modere Burn work? Even after studying the ingredients, we’re still unsure.

At this point, you’re probably wondering if the benefits outweigh the Modere Burn complaints. After reading through hundreds of reviews, we could not find any definitive results regarding Modere Burn and weight loss.

The number one side effect reported by users is headaches. According to a PubMed shared study, those headaches are most likely caused by the caffeine present in Modere Burn. Excess caffeine intake may also result in dizziness, nervousness, sleeplessness, and loss of bladder control.

It’s important to remember that Modere Burn is not FDA approved.

How to Use Modere Burn – Directions

Can You Take Modere Burn and Trim at the Same Time?

You don’t have to choose between Modere Burn or Trim. You can choose to take each separately, but Modere Burn and Trim results are supposed to be better when both products are taken together.

Does Modere Burn Work by Itself?

In short, the answer is no. Based on some Modere Burn reviews, verified users did not see significant weight loss when taking it alone.

The best results reported by Modere Burn users mentioned combining it with a keto diet. Any supplement should be taken in addition to a healthy diet and regular exercise, and it appears it works well with a keto diet pair well together.

What is the Modere Burn Price? 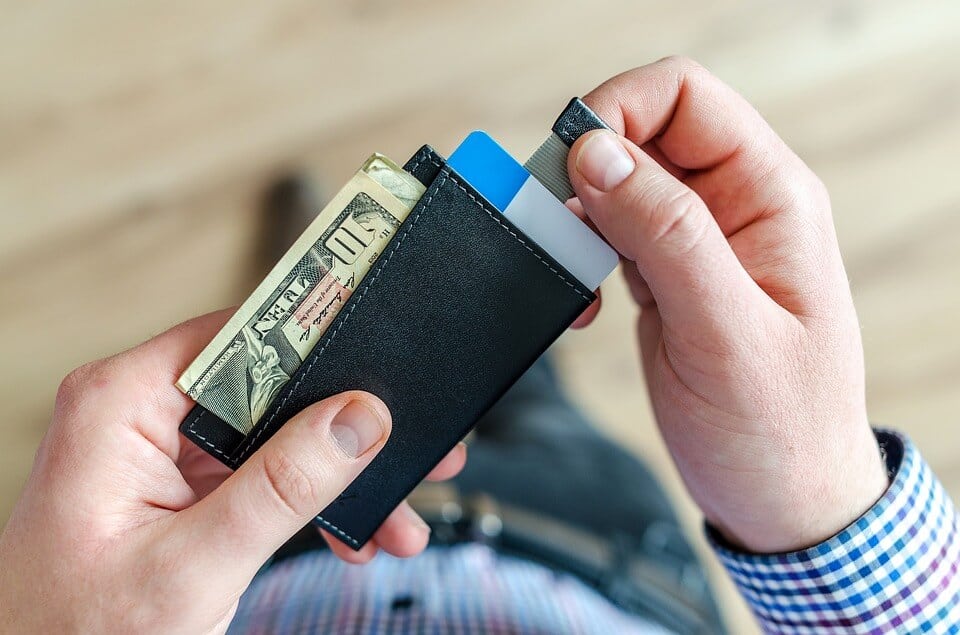 The price of Modere Burn varies depending on when and where you purchase the product. Modere is a multi-level marketing company, so that independent distributors may sell it for discounted prices. A 30-day supply of Burn Capsules currently costs $64.99 on Modere’s website. You can save on the price by signing up for smart shipping.

The makers of Modere Burn do offer a 30-day money-back guarantee if users are not satisfied with their results.

Where is Modere Burn For Sale?

You can purchase Modere Burn on Amazon or directly from Modere’s official website. The supplement is also on eBay.

Other Products by Modere

Pros and Cons of Modere Burn

As with most diet products, Modere Burn comes with a few pros and even more cons.

Weight loss with Modere Burn is possible, but can it cause weight gain? Some users say it did.

“These work! They give energy, along with helping with weight loss. I have lost a total of 15-20 lbs since starting these!”

“Everytime I took this, 1 pill, with a meal a couple hours later I became incredibly sick. I became nauseous and spent the night in the bathroom hunched over throughout the night. Will it help you lose weight? Definitely, cause it makes you throw up and then feel incredibly lethargic the next day. Do not recommend at all. I am sensitive to caffeine so maybe that’s why I can’t handle it but wow, never taking again. And I gave it MULTIPLE tries on different days/occasions. The same reaction everytime.”

“Was having trouble losing weight. Heard about this product from a friend and decided to try it. Less than a month later I have lost 9 pounds. Nothing dramatic but it has helped jumpstart my weight loss again and I am very happy with the results.”

In case you’re still unsure if Modere Burn is the right product for you, remember that Modere relies heavily on caffeine for weight loss, and caffeine is not a proven way to lose weight.

There is little evidence to support the claims surrounding Modere Burn, and there are quite a few side effects to consider. The reality is there is no such thing as a miracle weight loss product. Losing weight is a process that requires time, effort, and dedication. It’s just not possible to lose weight without putting in the work.

There’s no doubt you can be successful in your weight-loss journey, but you need support – especially when times get tough and you want to fall back into old eating habits.

Among the weight-loss apps we’ve come across this year, Noom is the one that sets the standard highest. Noom understands weight loss is about more than eating less and moving more – it’s all about support. The app offers methods of support that are backed by clinical research, so you have someone in your corner with your best interests at heart.

Some users have reported seeing results as soon as 14 days after starting Noom, so the manufacturers are currently offering a free trial offer to all Dietspotlight readers. clear
Q:
What is Modere Burn?
A:

Q:
Is Modere Burn for weight loss?
A:

Yes, Modere Burn claims to be a “scientifically formulated thermogenic” for weight loss.

Q:
What are Modere Burn ingredients?
A:

Q:
Are there any Modere Burn side effects to worry about?
A:

Some users of Modere Burn complained of headaches, which may be because of its high caffeine content.

Yes, Modere Burn seems generally safe to use. However, it is important to check with your medical doctor before starting the use of any weight loss supplement.

Q:
Where can I buy Modere Burn?
A:

Modere Burn can be purchased using their Official Site.

Q:
Is Modere Burn for men or women?
A:

Modere Burn is for anyone to use above the age of 18.

Q:
Where can I buy Modere Burn?
A:

Modere Burn can be purchased on the official Modere website, Amazon, and eBay.

Q:
Is there a Modere Burn free trial or free sample?
A:

No, there does not seem to be a free trial or free sample of Modere Burn.

Q:
What is the most common complaint of Modere Burn?
A:

The biggest complaint of Modere Burn seems to be its high caffeine content.

Q:
What are some similar products to Modere Burn?
A:

Some similar products to Modere Burn include Garcinia Go, PhenQ, and Lipozene.

Q:
Can you take Modere Sync and Burn at the same time?
A:

We found nothing to suggest adverse effects when taking Modere Burn and Modere Slim together.

Q:
Can I take two Modere Burn capsules at the same time?
A:

Adults over 18 years of age may take 1 capsule up to 3 times daily with a large glass of water and a meal or snack. Allow 3-4 hours between servings. Do not exceed 3 capsules daily.